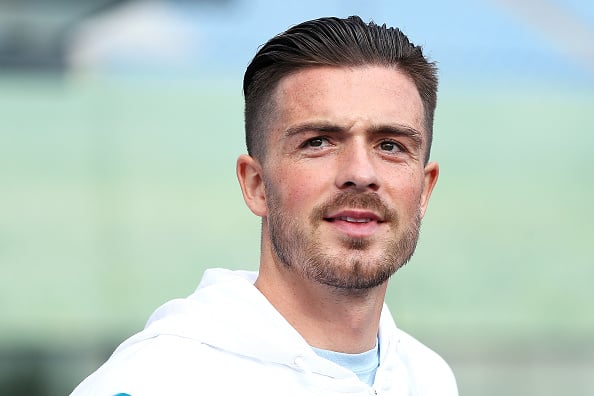 Jack Grealish has been speaking to the Telegraph ahead of his return to Villa Park on Wednesday, as Manchester City take on Aston Villa.

Well, Grealish will be returning to Villa Park for the first time since his £100m move to Manchester City tomorrow evening.

At the time of his exit, supporters weren’t too happy with their beloved academy graduate, as he’d only recently signed a new five-year deal.

However, Grealish is hoping that there’ll be no bad blood between him and the Villa Park faithful when the Citizens travel to the Midlands.

The 26-year-old said: “Fingers crossed it [reception from the fans] will be a good one on Wednesday. I’ll clap all four sides of the ground no matter what. If I get booed it will be a bit awkward!”

That’s great to hear from Grealish.

The England international clearly cares a lot about Aston Villa, and we hope he isn’t abused during his lap of Villa Park.

Did Jack Grealish really do much wrong in leaving Aston Villa?

In our view, some Aston Villa fans overreacted to Grealish’s exit.

Look at it this way.

An academy graduate helped drag the club from the middle of the Championship into the Premier League, and also played a huge role in keeping them up.

Then, his efforts saw Aston Villa receive a British record transfer fee, which they reinvested in a number of quality players across multiple positions.

He simply cannot be blamed for wanting to play Champions League football under Pep Guardiola – opportunities like that do not come around often.

As aforesaid, we hope Grealish receives a positive reception tomorrow evening at Villa Park – it’s the least he deserves for all he has done.

In other news, ‘Behind the scenes’: Steve McClaren sends message to Newcastle owners