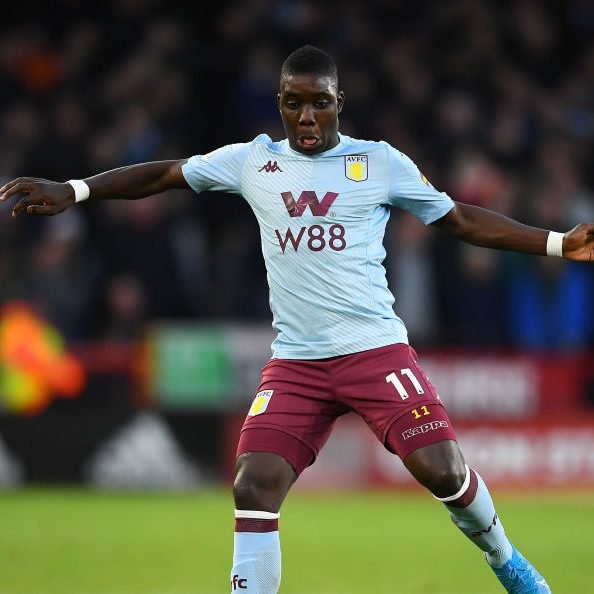 Goals from Matt Targett and John McGinn helped Aston Villa beat Crystal Palace 2-1 on Saturday, but it was the performance of Marvelous Nakamba that earned him more of the plaudits.

The 27-year-old was outstanding in midfield, earned a player rating of 9/10 by Birmingham Live and was lauded by supporters on social media for his Man of the Match display.

Nakamba played his part in limiting Palace to only three shots on target over 90 minutes while stifling Michael Olise, Wilfried Zaha, Jordan Ayew and Eberechi Eze’s creativity – zero chances made at Selhurst Park.

Awesome today! Man of the match for me, keep it up. UTV

He was outstanding yesterday. Brilliant performance from our Marv.

A brilliant performance from the Warrior 9/10

Nakamba and McGinn was class! Ramsey had to be 3rd in line. Gallagher did have a good game as he’s done all season. Be a good signing for us ha.

Against the Eagles, Nakamba played for 90 minutes, had 51 touches, completed 86.8% of his 38 passes, created one chance, made four tackles, gave away two fouls, made one interception, had one successful dribble and made two clearances.

The Zimbabwean international has made 11 appearances in all competitions this season and has shown his new manager how important he is. Nakamba had his moments last season where he put in fantastic performances in big games and this campaign appears to be no different.

Nakamba is the defensive midfielder Villa have needed for the longest time, so his fine form allows Douglas Luiz and John McGinn to thrive in an advanced role.