‘The obvious sale’: Pundit says GvB may have to sell Rangers defender
HITC 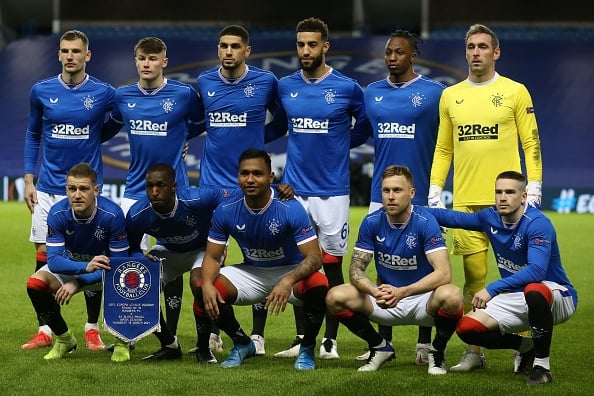 David Provan has written in The Scottish Sun that Giovanni van Bronckhorst may have to sell Rangers right-back Nathan Patterson amid interest from Steven Gerrard’s Aston Villa.

The Celtic legend believes that if new Rangers manager Van Bronckhorst does not play Patterson enough, then the 20-year-old right-back will look to leave.

Gerrard recently left his managerial role at Rangers to take over at Villa.

Provan wrote in The Scottish Sun: “While you can bet Van Bronckhorst would love to work on Nathan Patterson’s development, the youngster might be the obvious sale.

“He won’t be happy warming the bench every week and you can’t tell me Everton’s interest didn’t have him thinking about a move to England.

“At the time, Gerrard described Everton’s £5m offer as ‘a joke’ but Gers won’t get top money for the kid when he’s not in their team. Gers will have to play him or sell him.”

We have already seen just how good Patterson is.

The 20-year-old Rangers player is a very talented and promising young right-back.

Patterson has already made six appearances for Scotland.

However, Patterson has James Tavernier ahead of him in the pecking order at Rangers.

Tavernier is one of the best right-backs in the Scottish Premiership and is still at the top of his game.

If Patterson wants to play regularly now, then he may have to look elsewhere.

However, in our opinion, Rangers should do everything they can to keep Patterson at Ibrox.

In other news, ‘Reminds me of Torres’: Some Liverpool fans blown away by ace who was ‘on another level today’