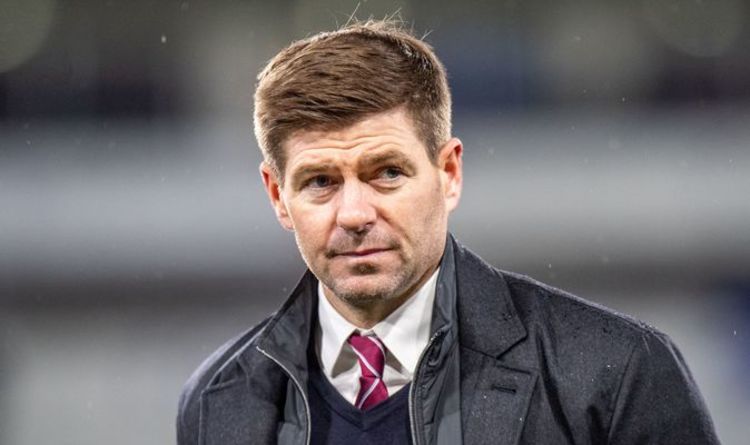 New Aston Villa boss Steven Gerrard is reportedly plotting to raid Liverpool in the January transfer window to boost the Midlands club’s squad. Gerrard was appointed to replace the sacked Dean Smith a little over two weeks ago with Villa just two points above the Premier League relegation zone.

The former Rangers boss has won both of his games in charge to send Villa charging up the table, climbing five places.

Their latest win came on Saturday in a trip to Crystal Palace, with goals from Matt Targett and John McGinn securing the three points.

Despite maintaining his 100 per cent record as a Premier League boss, Gerrard insisted that there is much more work to do.

“Our first-half performance was excellent, I thought in a lot of departments we were top,” he said following the win at Selhurst Park.

“We have Man City to come so we can enjoy tonight but we will go to work as soon as we can tomorrow to prepare the team.

JUST IN: Rodgers accused of forcing out 6 Liverpool players including Gerrard

“We know it will be tough but we will give it our best shot. We are pleased with the start we have made but there is a lot of work still to do.”

A key part of that work will be on Villa’s defence, with Gerrard’s men holding the unwanted distinction of the third-worst defensive record in the top-flight.

While he will likely drill his team hard on their Bodymoor Heath training ground, the Villa boss could look to the transfer market to improve his options in that area.

According to the Sunday Mirror, Gerrard has made signing a new defender a ‘priority’ for that window and is ‘actively looking’ for potential targets.

Gerrard is eyeing a Liverpool outcast to boost his defensive options (Image: Express Sport)Joe Gomez is one of the targets on Gerrard's radar (Image: Getty Images)