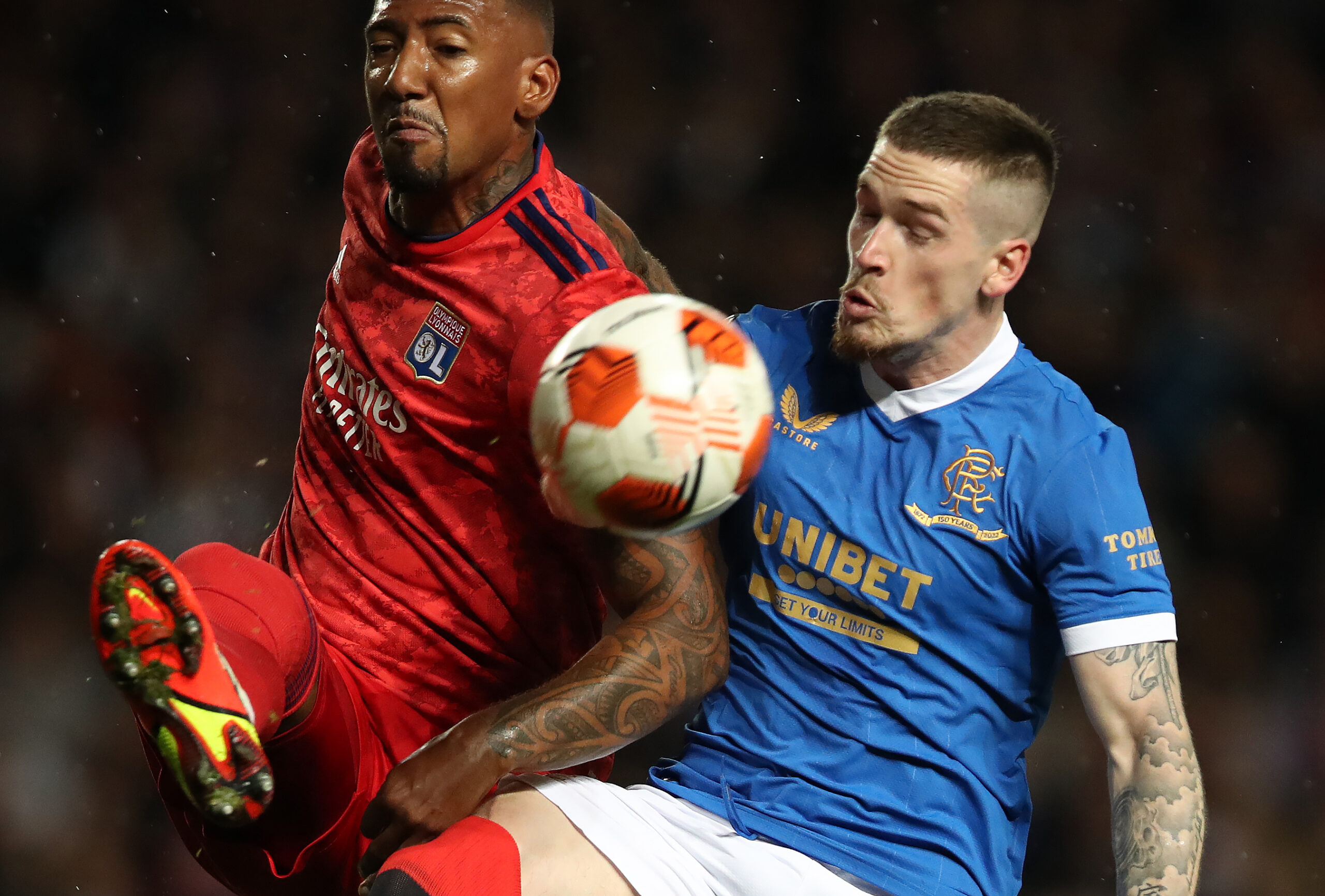 GLASGOW, SCOTLAND - SEPTEMBER 16: Jerome Boateng of Lyon vies with Ryan Kent of Rangers during the UEFA Europa League group A match between Rangers FC and Olympique Lyon at Ibrox Stadium on September 16, 2021 in Glasgow, Scotland. (Photo by Ian MacNicol/Getty Images)

With a lot of talk right now about Ryan Kent and a potential £15M+ bid from SG’s Villa, reaction has been of one mind in general about the winger, and the reaction demonstrates just how fickle the Rangers fan is these days. Probably including ourselves.

The overwhelming response has been an enthusiastic ‘sell’.

In most cases, fans whining about his form has been the main reasoning, arguing he’s too inconsistent, or he’s overrated.

Most of these fans probably want Scott Wright to replace him…

In truth, Kent is by far Rangers’ most effective attacker, aside an in-form Morelos.

He’s dynamite quick, he’s tricky, he’s technical, and his assists and goals have massively improved. He’s quite the improvement on a £300,000 fringe Aberdeen player, who is honest enough but simply not of the level needed at Ibrox as more than a squad player.

So what are we getting at?

Financially it makes sense to sell Kent if a bid comes in – if a good bid we need to accept arrives, we will clearly consider it.

He’s into the 18 month left territory, and the club has to take care of its deficit.

But on a football level? Don’t make me laugh.

He’d be a massive loss.

Look how much we missed him when he wasn’t in the side. He was a huge vacuum and few fans didn’t miss him (same ones eager now to sell him) – so on a football level he will be a big loss.

But money talks and if Villa or anyone else bid seriously, yes, he will certainly move on.

And he’ll do so with our complete blessing.