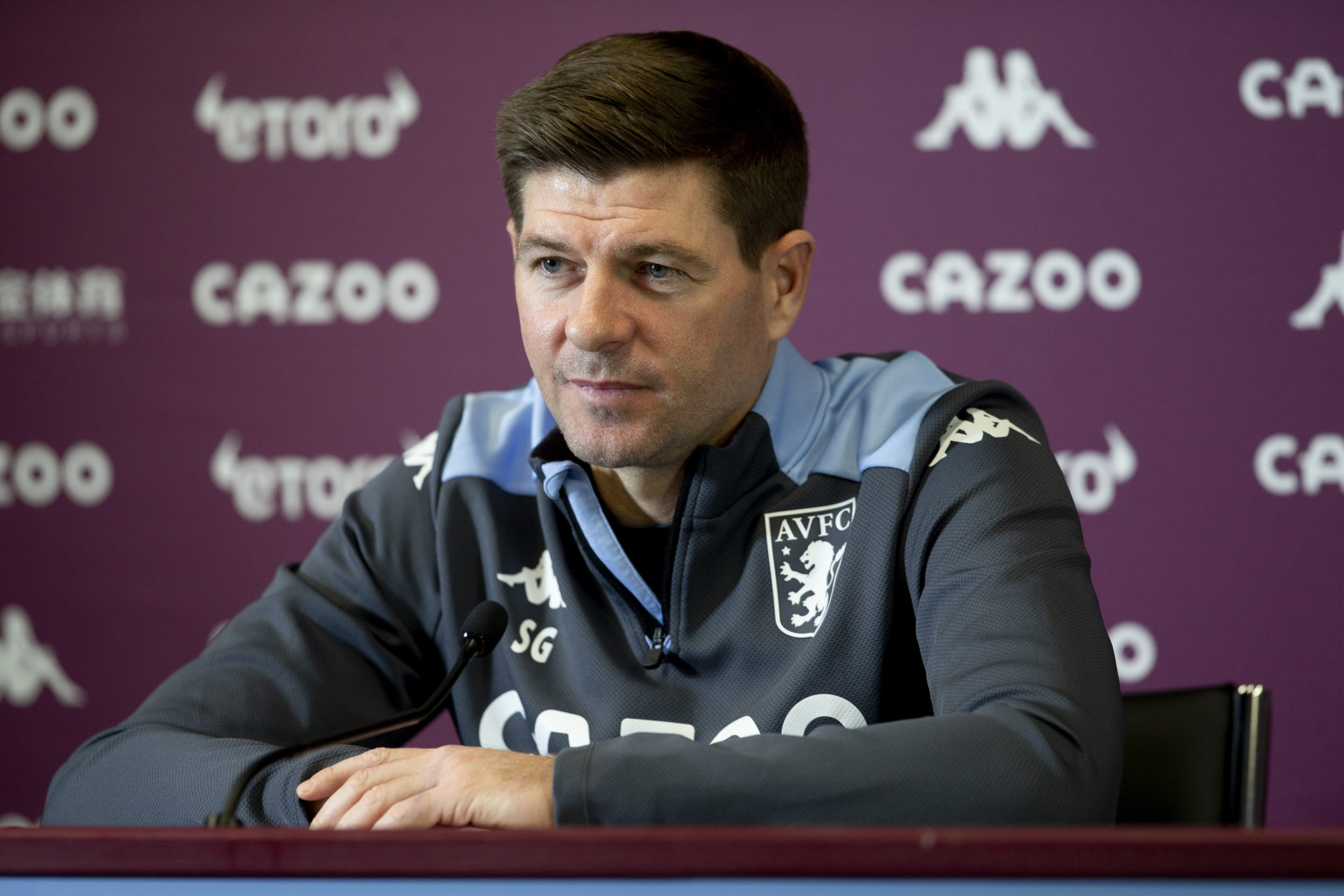 Ollie Watkins has impressed Steven Gerrard with his desire to improve since the Aston Villa manager replaced Dean Smith at the helm earlier this month, via Birmingham Live.

The Villans lured Gerrard back south of the border after three-years at Rangers to turn the club’s fortunes around. Smith departed with the Villa Park side just two-points from safety.

Watkins gave Gerrard the ideal start by lashing home the first goal of his Aston Villa tenure against Brighton. Tyrone Mings then followed suit to seal all three-points last Saturday.

Gerrard knew he would be working with a promising striker in Watkins before accepting an offer to become the new Aston Villa manager. The Liverpool and England icon has admired the 25-year-old for a while, and his form in claret-and-blue since joining has been no shock.

“He’s asking questions, which I like because he wants more information and he wants to know that he’s doing the right things,” Gerrard said.

“I’m really looking forward to working with Ollie, he’s a top player. He hasn’t surprised me – I was a huge fan from afar. I’ve followed his career as it progressed, and it was no surprise to me that he got a big move to a club the size of Aston Villa.

“He’s performed ever so well. The move’s been good for him, but he’s also been good for this club. In the ten-days or so that we’ve worked together, his standards and application have been top – real high level – in terms of his quality and professionalism.”

Gerrard will hope Watkins helps him claim two wins from two when Aston Villa visit Crystal Palace on Saturday. The Villans have lost their last three visits to Selhurst Park since 2014.

John McGinn and Anwar El Ghazi scored in south London last term, before the Eagles came from behind. As Wilfried Zaha hit the leveller, before Tyrick Mitchell’s 84th-minute winner.

Watkins fired his second goal in three games to deliver Gerrard the ideal start to his Aston Villa tenure. He now has three goals in 10 games so far this season, after 14 in 37 last term following a £28m move from Brentford, to leave the Championship for life in the top-flight.