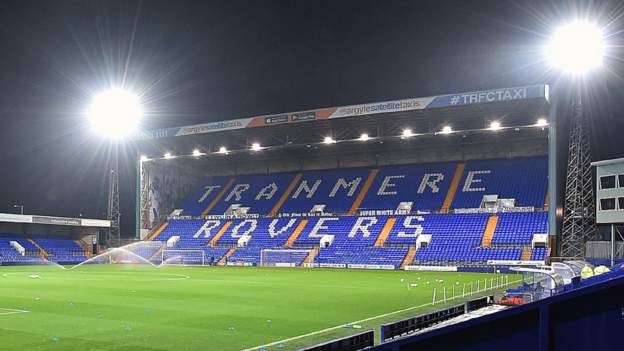 Some high level advertising has come loose at Prenton Park

Continued high winds mean the work cannot yet be completed.

"The main stand roof has been fixed but it has been determined that there is a remaining issue with the high level advertising in the Kop stand which is loose due to rivets having been ripped off in the wind," the club said in a statement.

"Whilst this desperately disappointing, everything that could be done has been done, we apologise for any inconvenience caused to supporters."