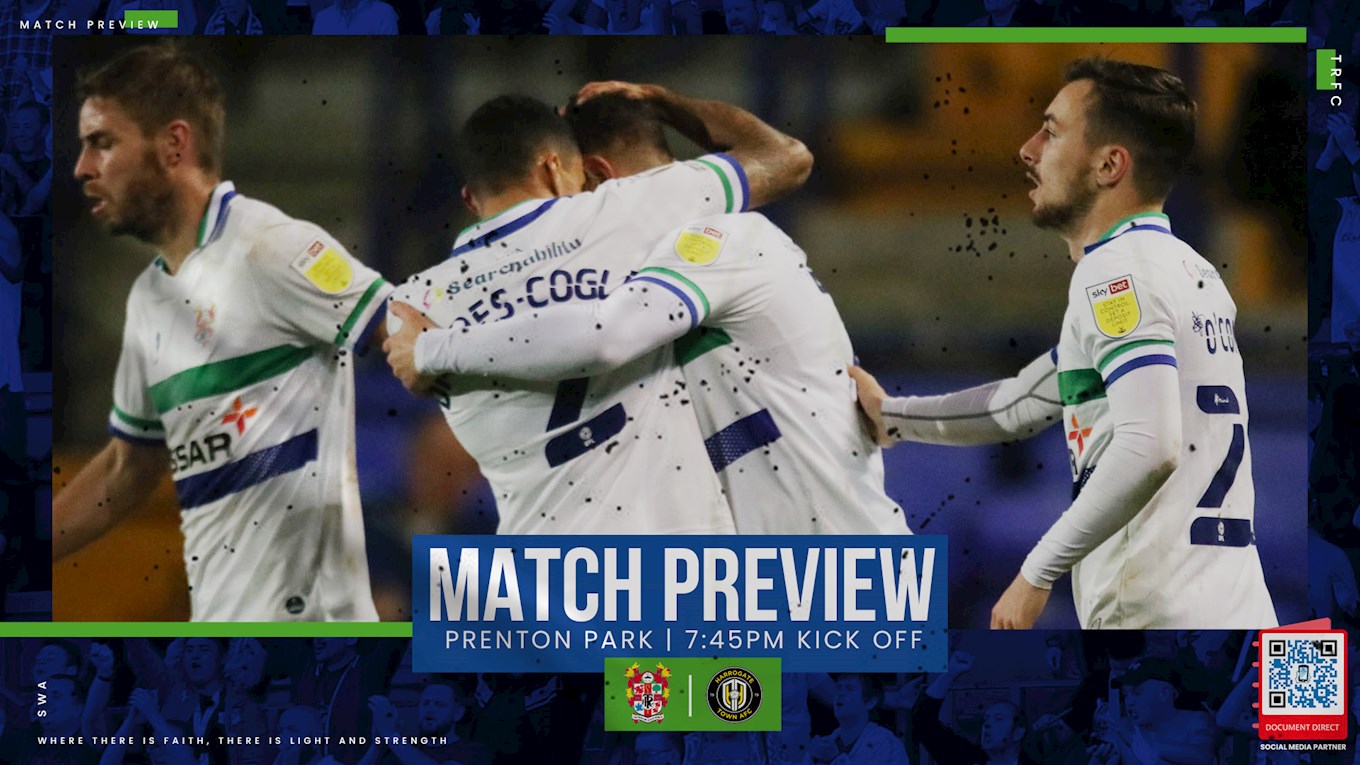 A place in the last 16 of the Papa John’s Trophy is up for grabs at Prenton Park as Rovers face Harrogate Town.

After last weekend’s game against Stevenage being postponed due to stadium damage caused by the over-night storm, Rovers will be itching to go under the lights on Tuesday night.

Harrogate will be hoping to make it three games unbeaten in all competitions after two good away reuslts against Carlisle United and Swindon Town.

After no game at the weekend, Micky Mellon is likely to have the majority of his squad to choose from for the midweek cup tie.

On loan from Sunderland, Jack Diamond has become a fans favourite at Harrogate as he’s experiencing his second loan spell at the club.

The winger helped the club gain promotion from the National League in 2019/20 and looked to have a place in the Sunderland team the following season.

However, after limited game-time at the Stadium of Light, Diamond returned to Town for another season on loan and has got eight goal involvements in 17 games so far this season for both Sunderland and Harrogate.

The longest serving manager in the top four tiers of English football, Simon Weaver has been in charge of Harrogate for 12 years and nearly 200 days after being appointed in May 2009.

Being originally from Doncaster, he played a lot of his football within non-league before being appointed as a player-manager with Harrogate in 2009.

Since being appointed at the EnviroVent Stadium, he’s managed 594 games for Town with 244 wins. He led his side to the football league for the first time in their history after they beat Notts County 3-1 in the National League play-off final at Wembley.

This game is available to watch live on iFollow for both UK and international supporters. Match passes are £10 and can be bought here.

TRFC Radio will also be in position to provide live full match commentary on proceedings at Prenton Park.