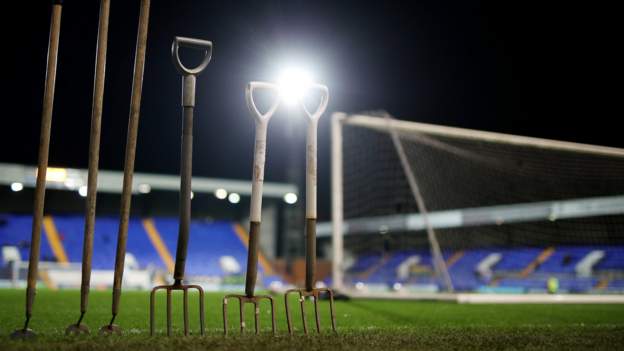 Tranmere Rovers have had to postpone their League Two home fixture with Stevenage for safety reasons.

Storm Arwen caused overnight damage at Prenton Park, including part of the main stand's roof being blown off.

A club statement said: "Unfortunately, today's game against Stevenage has had to be postponed.

"The SAG (Safety Advisory Group) have advised that it is not safe to proceed with the game until the roof has been properly inspected.

"Whilst this is a big disappointment, the safety of fans is of course everyone's primary concern."

No new date has yet been set for the game between Micky Mellon's 10th-placed Rovers and Stevenage, who lie 21st.