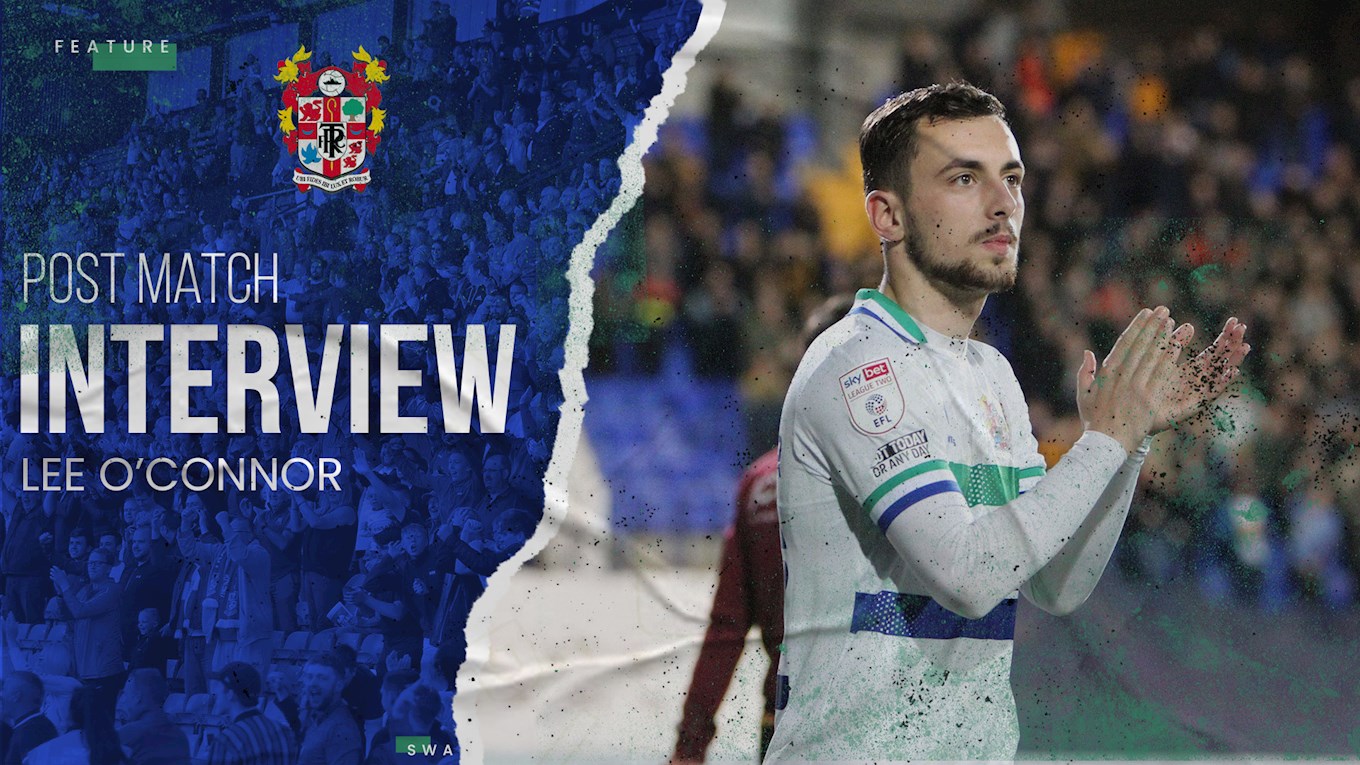 Defender Lee O'Connor believes that Rovers responded brilliantly on Tuesday night as they came back to earn a much-needed three points at home to Bradford City.

The 21-year-old, who is enjoying his second loan spell on the Wirral from Scottish giants Celtic took the opportunity to praise the crowd and the second-half showing from Rovers.

"It was fantastic, I thought the crowd were great. They probably got a goal against the run of play, but we stuck at it and I thought in particularly in the second half we were very good."

O'Connor suggested that the side will be disappointed at Levi Sutton's goal, which gave Bradford an early lead at Prenton Park but praised the response from Tranmere to that setback.

"I can't really remember it perfectly now but I'm sure we'll look back at it and be a bit disappointed but things happen when you play football and it's how you respond to it and I thought we responded brilliantly."

O'Connor also expressed his happiness to be utilised wherever boss Micky Mellon may require him, with his versatility becoming a real asset for him and the squad as a whole.

"I love it, as long as I'm playing, I've said it many times, I'm happy! My job is to help the team win, so wherever the gaffer sees me in the team I'm happy to do that."

O'Connor also gave his thoughts on Saturday's clash with Stevenage, citing it as a good opportunity to benefit from Rovers strong home form and put back-to-back wins together.

"It's a big chance to put back-to-back wins on the board. It's a long season, there will be runs, little dips and whatnot, but we just have to keep working hard. Our home form has been particularly good this season so we have to keep that going."

To watch the Video please enable "Targeting" in cookie settings