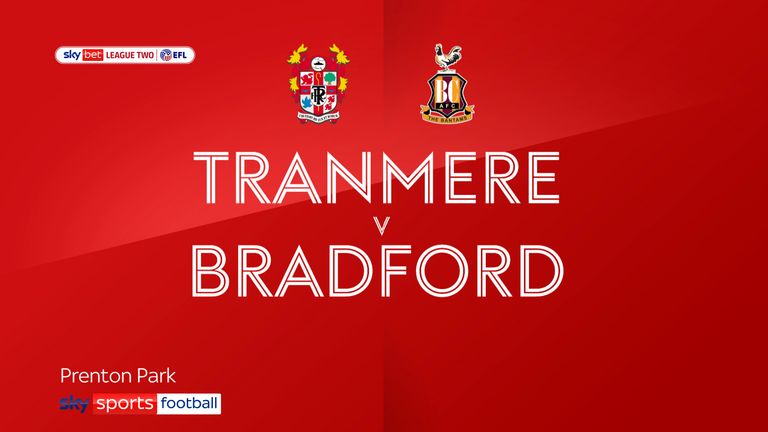 Micky Mellon's side secured a welcome first win in six games, while Bradford have now gone four without success.

In the 26th minute Bradford struck when Will Sutton converted Angol's smart lay-off at the end of a superb team move down the right.

Just before the interval Songo'o cleared Nicky Maynard's shot off the line after he had rounded O'Donnell.

Two quick-fire Tranmere goals shortly after the restart then turned the game.