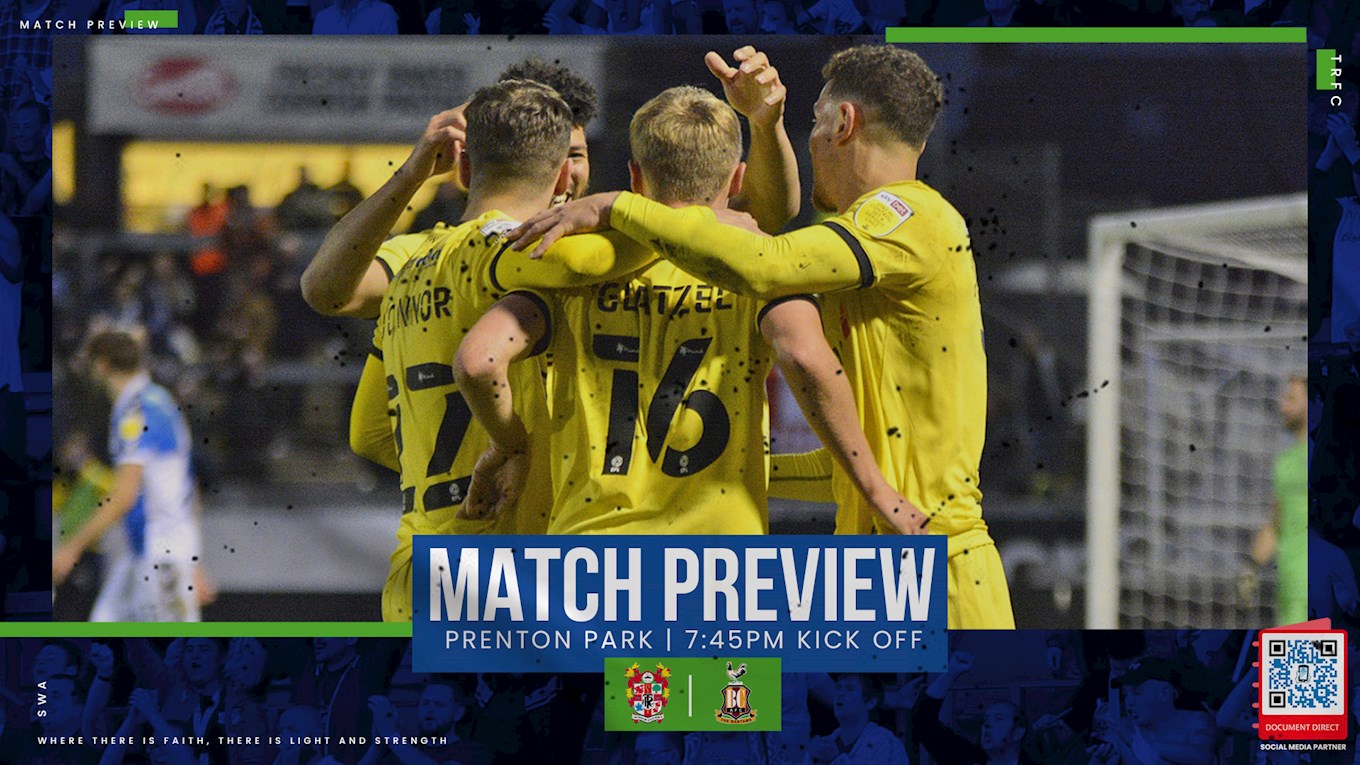 After coming back from a two-goal deficit on the road at the weekend, Rovers are back in action against Bradford City under the lights at Prenton Park.

The game at the Memorial Stadium finished 2-2 and it was a point gained for Micky Mellon’s side as they came back from conceding two early goals with Paul Glatzel getting a goal and an assist.

The visitors come into the game after three consecutive draws in Sky Bet league Two, the latest coming against Northampton Town after falling behind on hour mark to draw 1-1.

With both sides sitting in midtable on 23 points, just three goals separate the two teams heading into the clash on Tuesday night.

Jay Spearing returns to the side in midweek after serving his one-match suspension after picking up his fifth yellow card of the season against Sutton United.

After coming through the ranks at Scunthorpe United and more recently Derby County, Vernam has found his feet at Valley Parade.

With eight goal contributions already this season, the 6ft tall striker will be hoping to add to his goal involvements on Tuesday night.

Born in Glasgow, Adams spend the large majority of his playing career in Scotland, making more than 150 appearances for Motherwell.

He concluded his playing career at Ross County, his second playing spell at the club before taking over the reigns as manager. He then made the move to England where he became manager of Plymouth for four years.

In 2019, he took charge of Morecambe where he won promotion to Sky Bet League One for the first time in the Shrimps’ history. Just three days after being victorious under the famous Wembley arch, Adams left Lancashire to take over at Bradford City.

Both UK and International supporters can watch this game live on iFollow! Please click here to purchase your match pass.