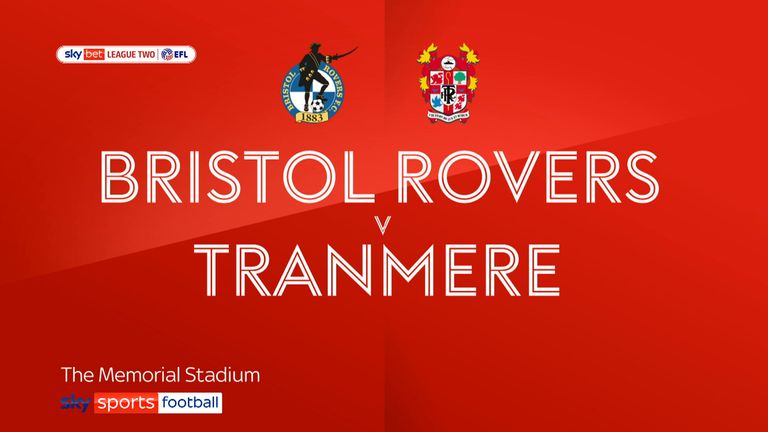 Bristol Rovers let a two-goal lead slip to draw 2-2 with Tranmere at the Memorial Stadium.

Josh Grant and Sam Nicholson got the Gas off to a flying start, but Micky Mellon's side rallied and goals from Callum MacDonald and Paul Glatzel earned them a point.

Rovers took the lead in the fifth minute thanks to a superb cross from Sam Finley and Grant providing the finishing touch with a fine header.

The hosts were two up after 22 minutes with Nicholson perfectly placed to profit from an Antony Evans corner which dropped in the six-yard box. The Scot reacted fastest to smash the loose ball into the top corner.

Joey Barton's side were worthy of their two-goal lead, but Tranmere were able to pull one back against the run of play three minutes later. MacDonald turned Harry Anderson before curling the ball into the bottom corner.

There was an uncomfortable feeling in the air for the home support from there on and their fears were realised 15 minutes from time as Glatzel met Josh Hawkes' corner at the near post and found the top corner.