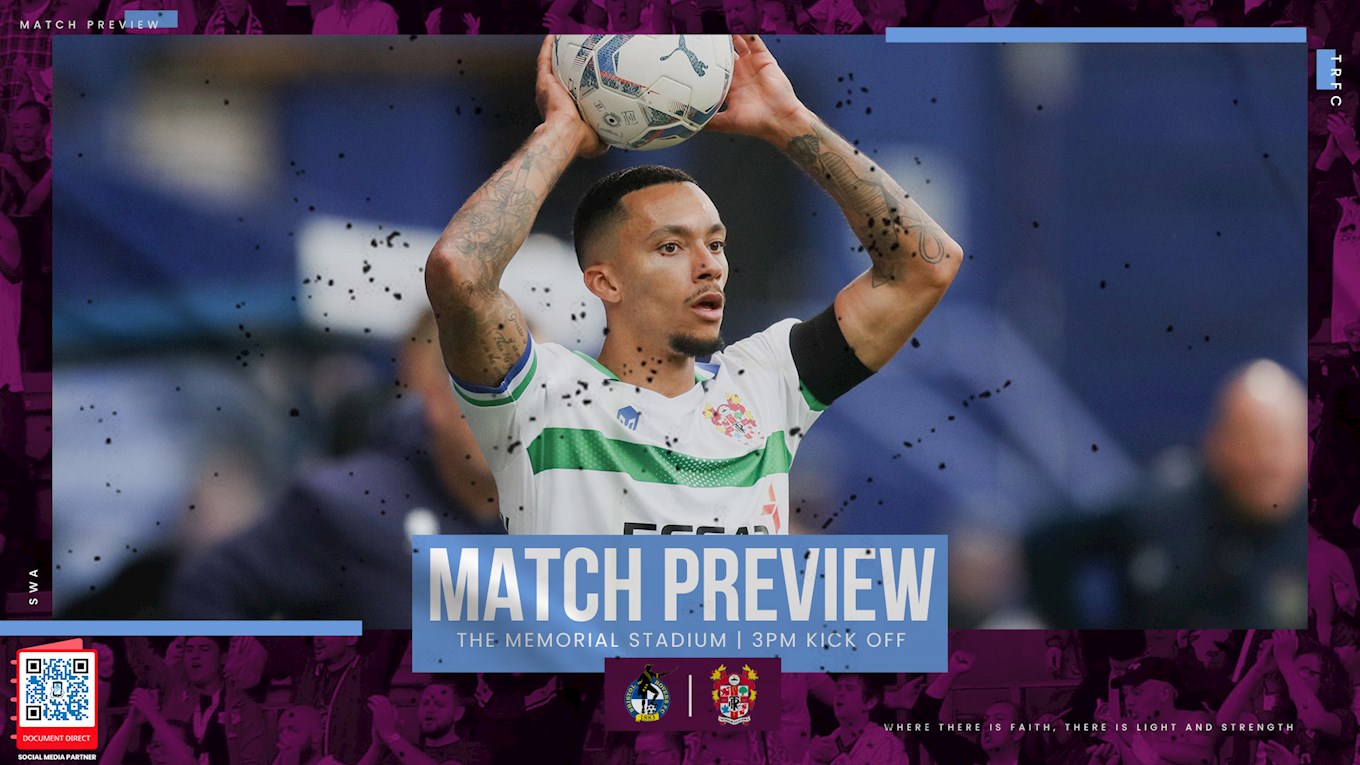 After back-to-back home games, Rovers are back on the road as they face Bristol Rovers at the Memorial Stadium.

After a frustrating defeat last time out against Sutton United, Micky Mellon’s side will look to stop Bristol Rovers making it three consecutive wins on Saturday afternoon.

Just one point and two places separate the two sides heading into the clash at the weekend, with Tranmere sitting four points off the play-off places.

The hosts will be full of confidence after their midweek F.A Cup win over Oxford United which they won 4-3 after an action-packed extra-time period saw Joey Barton’s side come out victorious in a thrilling cup tie.

Lee O'Connor returns from international duty however Jay Spearing will be sitting this one out through suspension after picking up his fifth yellow card of the season against Sutton.

Josh Hawkes returned from injury last time out after coming on a sub and will be looking to step up his involvement this weekend.

Having come through the academy at Everton, Evans has had several seasons of experience on loan at various clubs before signing for Bristol Rovers.

The 23 year old’s loan spells include seasons at Morecambe and Blackpool respectively as well as a permanent move to 2. Bundesliga side SC Paderborn 07.

Since signing for Bristol Rovers on deadline day of this season, he currently has five assists in ten games this season and has been a creative spark in the Gas’ side.

Having represented England at youth level, the midfielder is second in the leading assists chart in Sky Bet League Two and will be hoping to add to that tally on Saturday afternoon.

The Englishman played a large number of the games in the top divisions of English football, making 269 appearances in the Premier League whilst also playing in France and Scotland with Marseille and Rangers respectively.

The former Premier League midfielder has spent the last 9 months in charge at the Memorial Stadium, brought in with the task of keeping the club in Sky Bet League One last term, something which couldn’t be managed as they finished bottom of the table.

He previously spent 3 years at Fleetwood Town in which ended in January 2021 with his contract ending with immediate effect.

Live full match commentary will be provided by TRFC Radio via iFollow this weekend. Audio passes are available to purchase by clicking here.