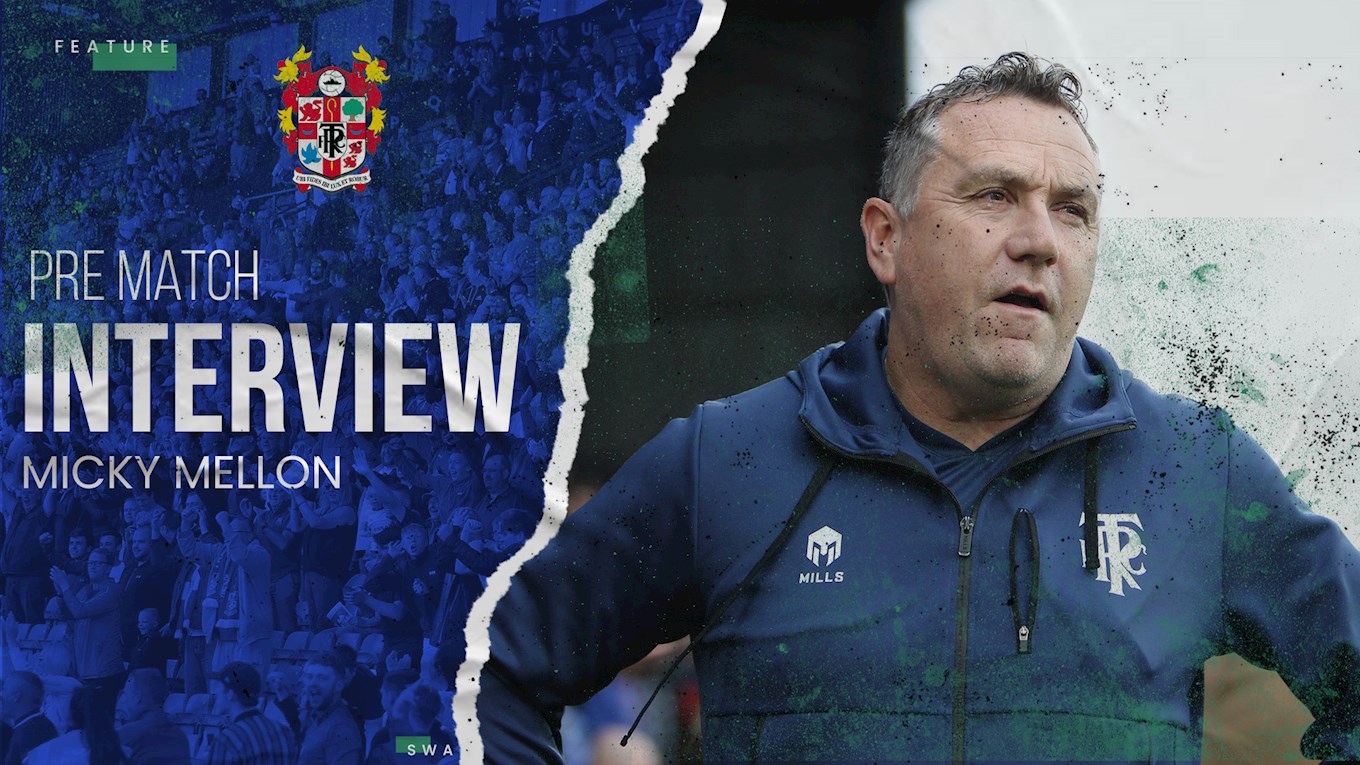 Rovers boss Micky Mellon spoke to the local press on Thursday ahead of this weeken'ds away fixture against Bristol Rovers.

Mellon went into detail on the progress that he's seen from his team so far this season, even when results haven't gone Rovers way, he implied that the side will try and carry more of an attacking threat this weekend.

"We look at that with an evidence-based eye and find out is it working and that's what we're able to do and that's what we'll always do. So, we'll tweak and look at maybe trying to do different things to try and become a bit more of an attacking threat and play things a wee bit differently to see if that works for us.

"We've worked on it this week and the proof of the pudding will be how we perform at it this weekend."

Mellon would also go into detail on 25-year-old striker Eliott Nevitt, who signed a new contract at Prenton Park last weekend. The Merseyside-born attacker has been mightily impressive for Rovers since his arrival in the summer, establishing himself at a higher-level. Mellon cited this as a reason for his deserved contract extension.

"Then there's loads of work to be done on moving up levels and stuff like that and playing against better defenders and playing with better players and finding a way with the qualities that he has of being an impact all the time.

"But he's definitely moving in the right direction, definitely. It's my job and the coaching staff's job to try and make sure that he keeps moving forward with the qualities that he has, we have to try and enhance them and then we have to build a way of playing around that as you would do with all the players, it's quite as simple as that.

"So, that's what we'll continue to work on. He's definitely moving in the right direction, he's a great lad and we want to give him all the help we can to keep developing.