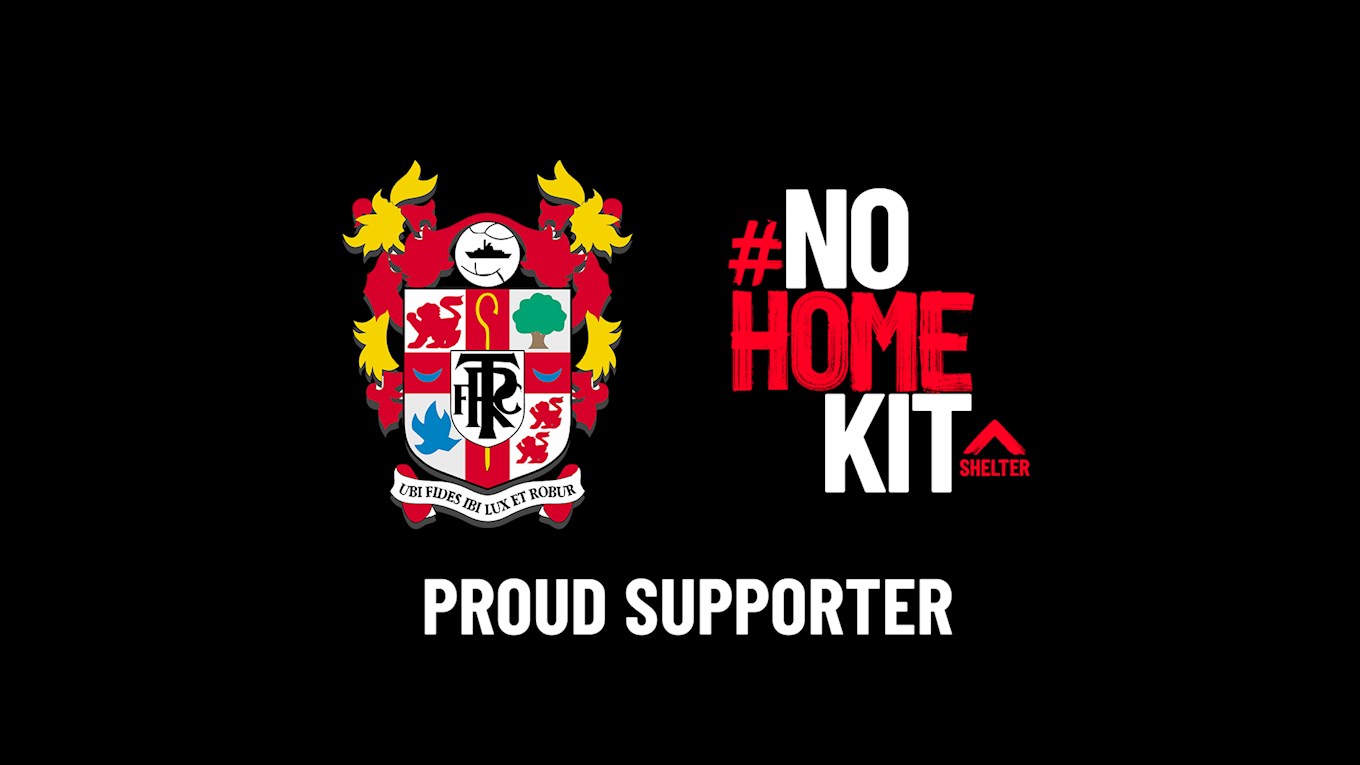 Tranmere Rovers are proud to be supporting Shelter's #NoHomeKit campaign by wearing our away kit for our boxing day fixture against Barrow AFC.

Shelter are asking clubs and fans to ‘ditch their home shirt’ for their games on Boxing Day to raise awareness of the fight to end homelessness and the housing emergency.

Homelessness, and the housing crisis in general, is reaching a critical point with 180,000 households having been made homeless since the beginning of the coronavirus pandemic.

As a Club Tranmere Rovers have worked with local charities on Wirral to support the fight against homelessness so felt it was only right to take part in Shelter's campaign.

"Tranmere have been working with people who find themselves without a secure home for a number of years now, and it has become a Club tradition that on Boxing Day we host a large group of homeless people free of charge at Prenton Park for lunch and the match.

When we heard about the Shelter campaign, it seemed to fit perfectly with our ethos, and it gives a chance for ordinary fans to show their solidarity with people who find themselves in that situation, by wearing the away kit colours for that game.  Sometimes, a simple gesture of solidarity can show people facing hard times that they have not been forgotten."

“No Home Kit is a simple idea that anyone can get involved with to help make a difference. We’re just asking the football community to unite for the Boxing Day round of fixtures by swapping their team’s ‘home’ colours for their away or third kit as a powerful act of solidarity for people without a home.

“Right now, 91 families in England are made homeless every single day and sadly more could face losing their homes with a tough winter ahead.

“We hope as many clubs, players and fans as possible continue to join #NoHomeKit so we can harness the unifying power of football and do something special to help those facing homelessness