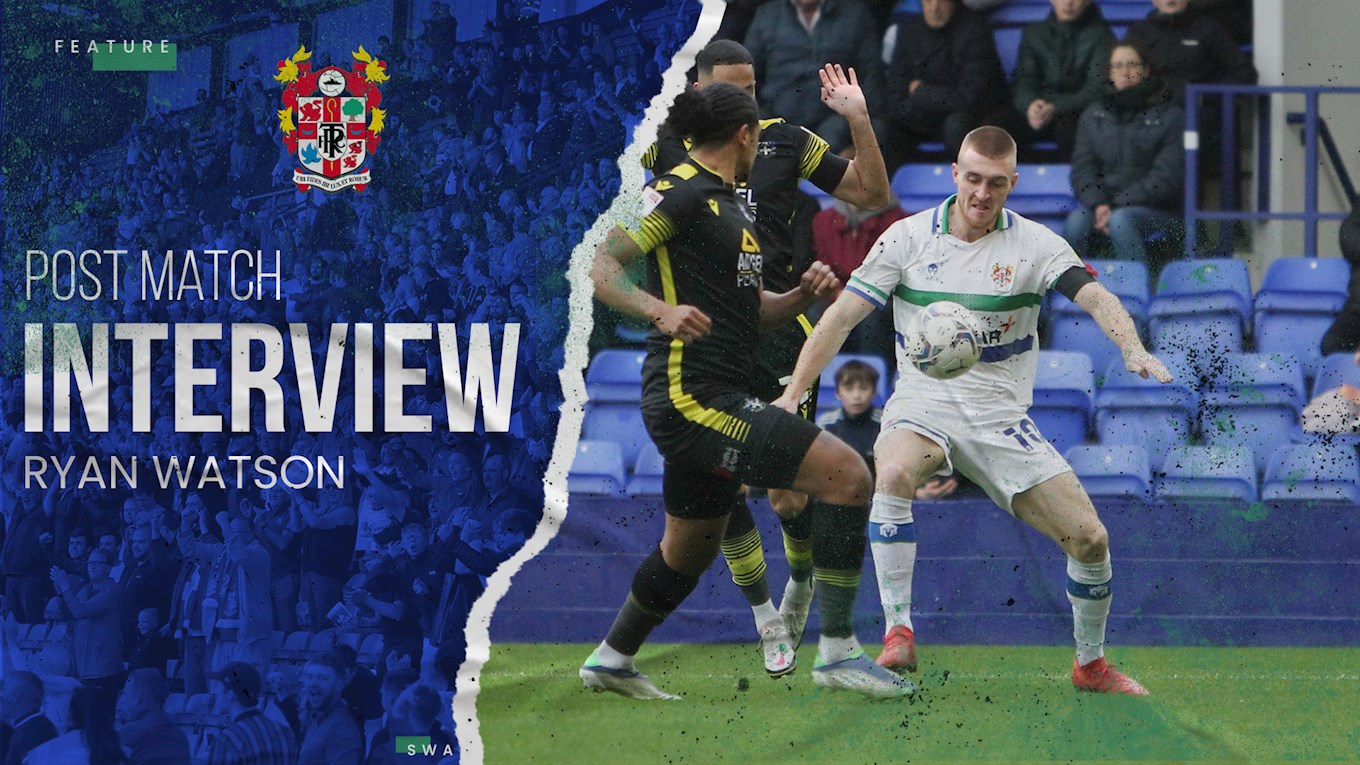 Ryan Watson says it has been a frustrating day for everyone, as Tranmere Rovers were beaten by Sutton United.

Isaac Olaofe netted the only goal of the game, as Sutton claimed all three points at Prenton Park.

He said: “We had to match them physically, and try and create things. It might not have been our best day, it’s been a frustrating day for us all.

“We had a few chances, and on another day they might’ve gone in. Wasn’t to be today. That’s just how it went.”

Peter Clarke lost possession of the ball in the build-up to Sutton’s goal, but Watson says that the team sticks together and will move forward.

“He’s been brilliant for us, and we stick together. There was a few things that happened that we all can get better at.

“Unfortunately, that was one thing that went against us. But we all stick together, regroup, and we’ll go again.”

So far this season, Rovers have only scored 11 times in the league. It’s something that Watson says the team are working on in training.

“I think we’re all frustrated, we know we haven’t scored enough. It’s something that we’re going to keep working on.

“We had a few chances today, but it didn’t quite sit for us. We have to work hard, get back to the training ground and carry on.”