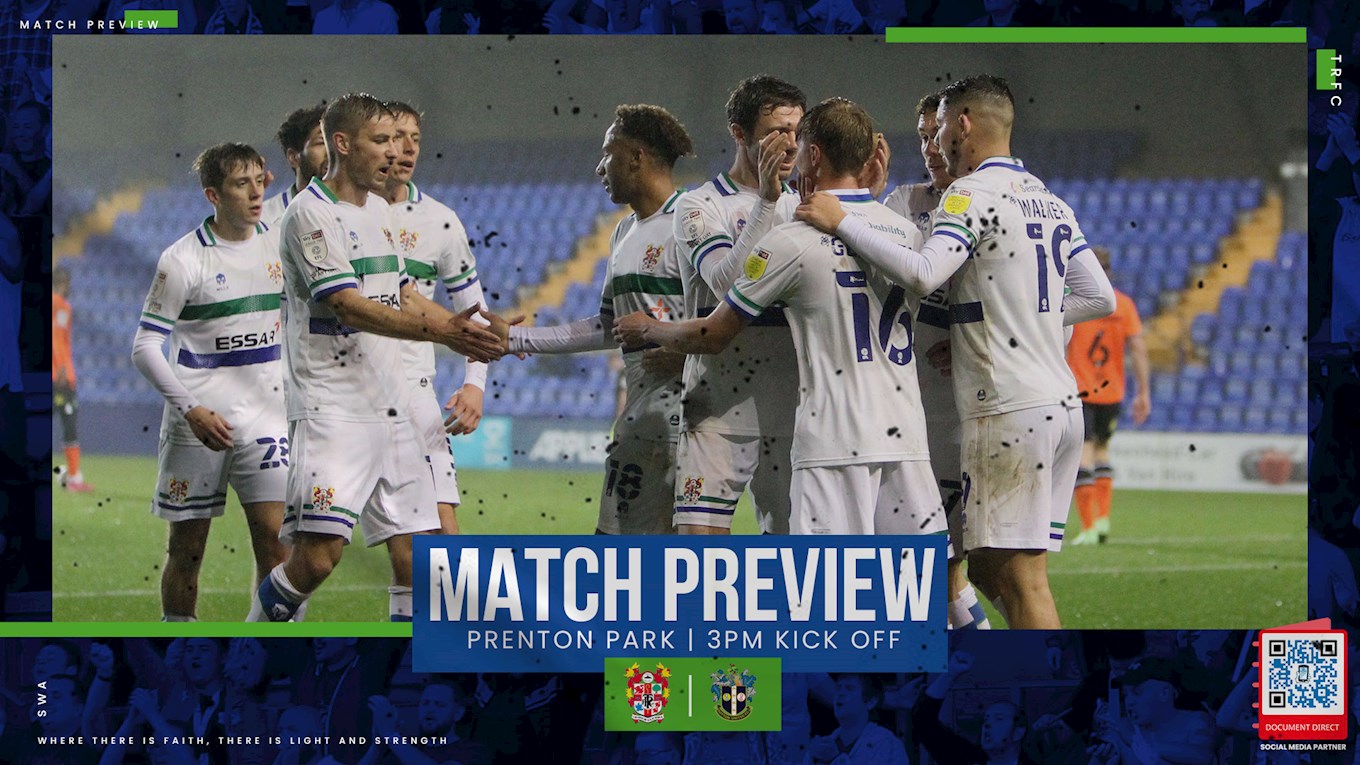 Rovers are back in Sky Bet League Two action as Sutton United are the visitors to Prenton Park on Saturday afternoon.

After a brilliant come-back last time out against Oldham Athletic in the Papa John’s trophy, Micky Mellon’s side will be hoping to make it three wins on the bounce in all competitions.

Two goals and an assist from Liverpool loanee Paul Glatzel saw Rovers come back from 0-2 down to win 3-2 and make it three wins from three in Group B.

One point and two places separate the two sides in Sky Bet League Two, with Sutton sitting in 9th spot heading into the clash at the weekend.

The visitors come into the game off the back of consecutive wins against Hayes & Yeading United in the FA Cup and AFC Wimbledon in the Papa John’s Trophy but have only won one of their last four games in league action.

Tickets are available in advance and cheaper if bought online, please click here to get yours

After a number of changes in midweek, Micky Mellon will have nearly a full squad to select from this weekend.

Nathaniel Knight-Percival was the only player to start in both the FA Cup win against Crawley Town and the come-back win in midweek.

As for Sutton, they will be missing Omar Bugiel who is away on international duty with Lebanon and Harry Beautyman who is out with a shoulder injury.

But they may be able to welcome back Craig Eastmond, Louis John and Jon Barden who are all in contention to return to the squad for the trip to Prenton Park.

After spending the majority of his youth career in the ranks at Bristol Rovers, Wilson has experienced a number of loan spells including months at Port Vale, Exeter City and FC Jumilla.

After joining Sutton, originally on loan, he helped boost United to winning the National League title before making the move to the U’s a permanent one.

This season, he has five goals in all competitions including a goal in the carabao cup against Cardiff City and was also on the scoresheet last time out in a 1-0 win over AFC Wimbledon.

A Tottenham Hotspur youth product, Gray didn’t have the playing career he would’ve wanted after numerous injuries forced him into early retirement at the age of just 25.

Gray was appointed as one of the coaches at Sutton United in late 2018 and made the step up to manager in May 2019.

He led Sutton to huge success in just his second season in charge at Gander Green Lane, winning the National League title and getting Sutton into the football league for the first time in their 123-year history.

Due to the international break, this match will be available to stream for both UK and international suporters. Match passes are £10 and can be bought here