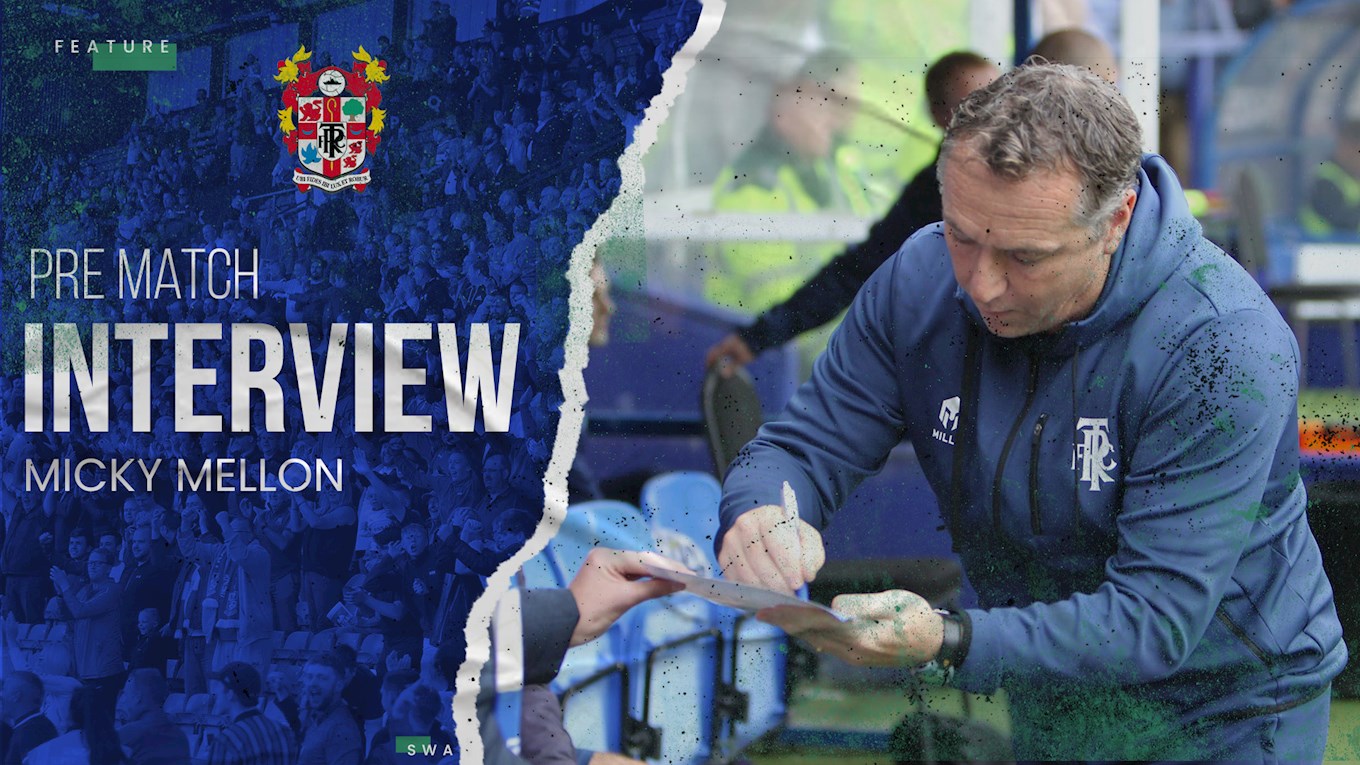 Rovers welcome Sutton this weekend in what will mark the first of three League Two fixtures on home soil in the next four outings for Mellon’s side.

Despite recent defeats in the against Mansfield and Northampton Town, Tranmere remain within touching distance of the play-off spots.

The boss is relishing the opportunity to transfer recent successes in the FA Cup First Round and final Papa John’s Trophy group stage game last week into earning triumphs in the league.

“We were delighted with the way the lads performed (in the previous two games),” Mellon explained.

“We had a way and a structure of playing in both of the games, so it’s really pleasing how the lads tried to fit into that structure.

“It was two different wins. It shows different ways that you need to play in order to try and get results but that’s all credit to the players.

“It’s been a good week for us, and we want to finish it off with another positive performance and result at the weekend. It gives us an opportunity over the next couple of games where we have got home games to try and show that home form and pick up as many points as we can one game at a time.”

Whilst the gaffer is determined to make it three consecutive victories for Rovers this weekend against Matt Gray’s side, Mellon is aware of the threat the Yellows possess in their ranks.

However, the Scotsman knows the advantage the support of the Super White Army provides the team and he is determined to make the challenge for the visitors a difficult one on Saturday afternoon.

“We’re looking forward to it. We enjoy playing at home. We’ve been away with a lot of tough games and now it’s our chance to come back to our patch and try to pick up three points against a good Sutton team.

“We know we need to win games of football so Saturday gives us the next opportunity to go and do that.

“It’s great when the teams come out of the National League and come into the league and do so well. I’ve obviously been a part of that myself so it’s great to see that happening.

“It’s good for football the freshness of new teams coming into the league and certainly Sutton have played their part in freshening the league up so every credit.

“We’ll have a look at what we can do in order to cause Sutton as many problems as possible and try and get a result so we’re in a good place.”

Mellon may also have a few selection headaches for the encounter against an outfit who currently occupy ninth position in the table.

The performance of Paul Glatzel who netted his first two senior Tranmere goals on Tuesday night as well as notching up an assist, in addition to an impressive display by debutant Ryan Stratulis against Oldham did not go unnoticed by the manager.

Fierce competition for places in the squad is something which bodes well with a key period of the campaign upcoming heading towards the festive period.

“Paul (Glatzel) is a great kid who is here to be challenged and to be put under different asks and he’s now starting to answer them and develop.

“All the loan players who have come here to develop, they’re coming to a stage in their career where they’re ready to come in and take these challenges on, and Paul certainly on Tuesday night showed a lot of great qualities.

“Now the players have got to try and find the consistency of that and make that impact in every game and continue to keep on improving.

“We felt Ryan (Stratulis) was ready to go out and perform and I thought he was outstanding.

“For Ryan, we’ll need to keep developing him and test him to continue to keep bringing him forward. There’s a lot of good, pleasing signs there.

“We’ve got a lot of good young players here at the club who are out on various loans and doing very well. It’s up to us to try and find them development and areas in their game we feel they can improve on and work on them to make them closer to being a consistent Tranmere player.”