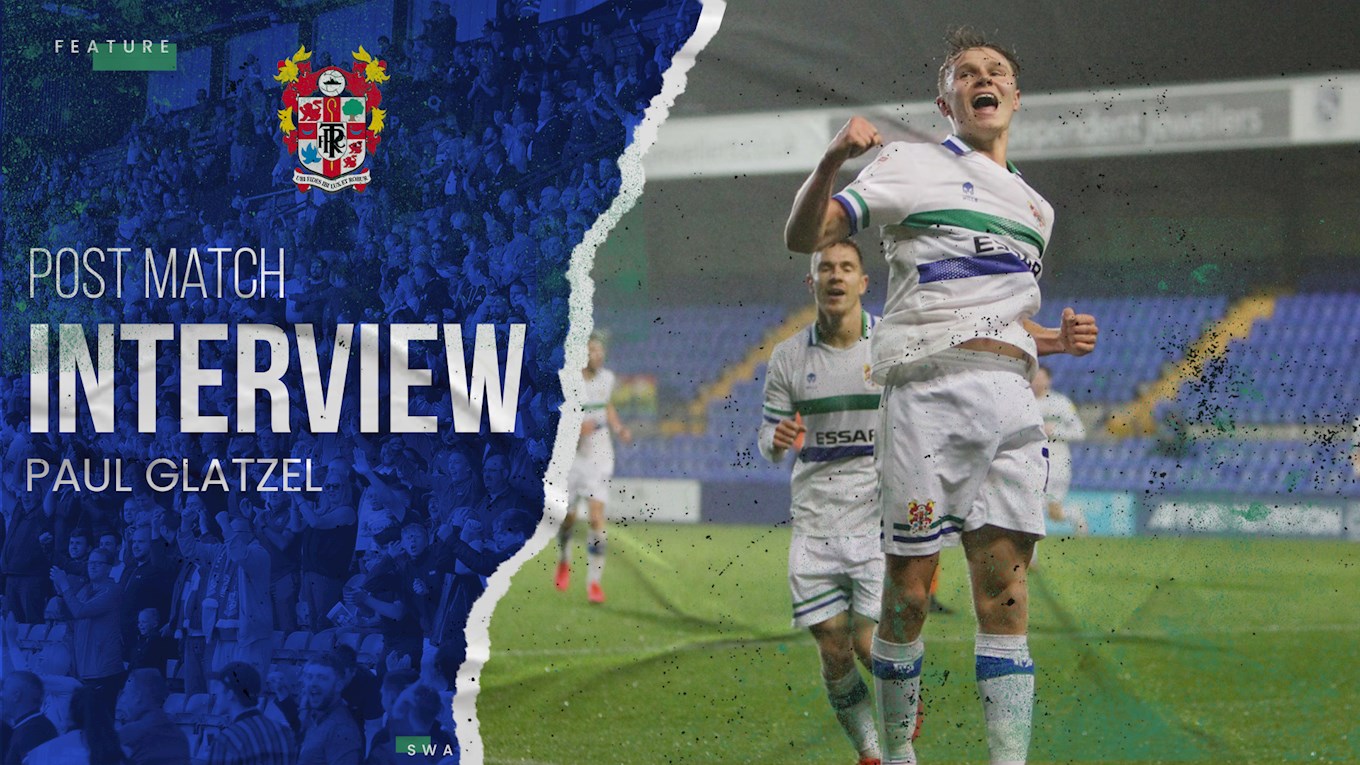 Glatzel netted twice, with Nicky Maynard adding the other, as Micky Mellon’s side made it three wins from three in the group stage of the competition.

He said: “I thought the boys played well. Started off very well, played some good football, and we were unlucky to go 2-0 down. I don’t even know what happened to be honest.

“We recovered well, got a goal back before half time and kicked on in the second half. Deserved the win in the end.”

Debutant Ryan Stratulis provided the assist for Glatzel, who bundled the ball home for his first of the evening, with the attacker saying he just had to make sure to get on the end of the cross.

“I just had to make sure I was there at the back post. I knew he was going to cross it, he’s been doing that in training, and is a good crosser of the ball.

“I worked as hard as I could to get on the end of it, and luckily I got there and it’s gone in. I think it was off my head in the end!”

He also praised Stratulis, who came into the Rovers side to make his debut for the club, saying his performance was excellent.

“I think he did excellently. He’s come in, on his first game, and played really well. He showed in training he’s capable of playing right-back, even though it’s not his natural position.

“He’s done well tonight, he’s got the assist, and I’m over the moon for him.”