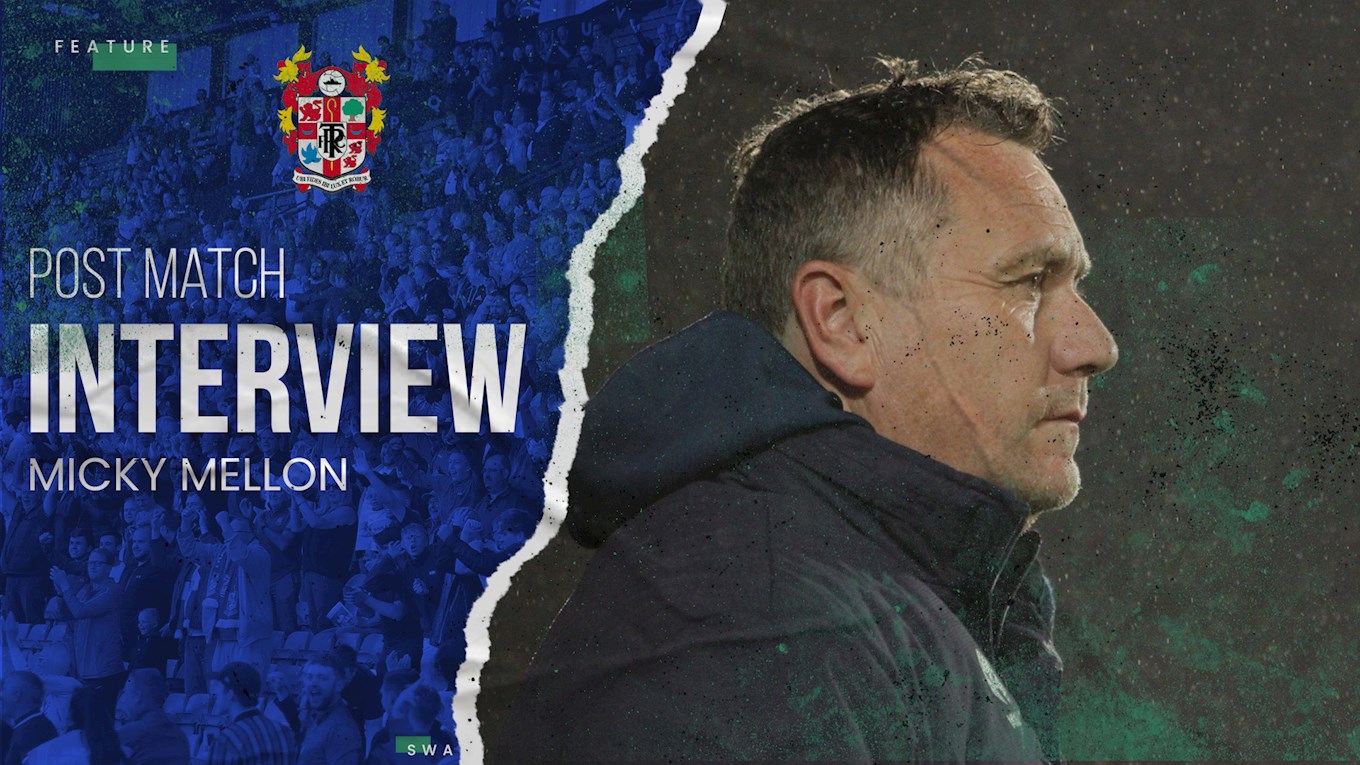 Tranmere Rovers boss Micky Mellon says he enjoyed an entertaining game, as his side came from two goals down to record a 3-2 win over Oldham Athletic in the Papa John’s Trophy.

A double from Paul Glatzel and one from Nicky Maynard ensured top spot in Group B of the competition, with Rovers winning three from three.

He said: “I really enjoyed the game. I know sometimes it doesn’t get the press it deserves, but as a football club, we have to keep winning games. We looked into the squad, and we expected performances from the lads who came into the team.

“We’re a club that tries to win all the time. It was a really good game, a really entertaining game. Both sets of players going right at it. Right through the group, really good performances. Loads and loads of positives for us this evening.”

Mellon says that he felt the team were unfortunate to see themselves go two goals behind, but was pleased with the team’s response.

“Sometimes I really don’t get football. We’ve done so much, in those first 10, 15, 20 minutes, and we find ourselves a goal down. We then lose another sloppy one. But we kept going, there’s a lot of quality and a lot of fitness and a lot of desire in the group.

“If you keep trying and keep trying to get through and do new things, you’ll get your rewards. And you’ll open teams up, then you’ve got to make sure the next goal is yours. Luckily we scored at the right time.”

The manager also spoke about Ryan Stratulis, who made his first start for the club.

“This is what we’re trying to do. We have a number of young boys of that age at the club, or out on loan. These players have proven themselves out there. And Strats came in, and he was brilliant.

“He showed you all the qualities that he’s got. So I’m really pleased for him. We have more who we can try and give them opportunities. Hopefully they’ll all perform like Stratulis, that was a different class.”