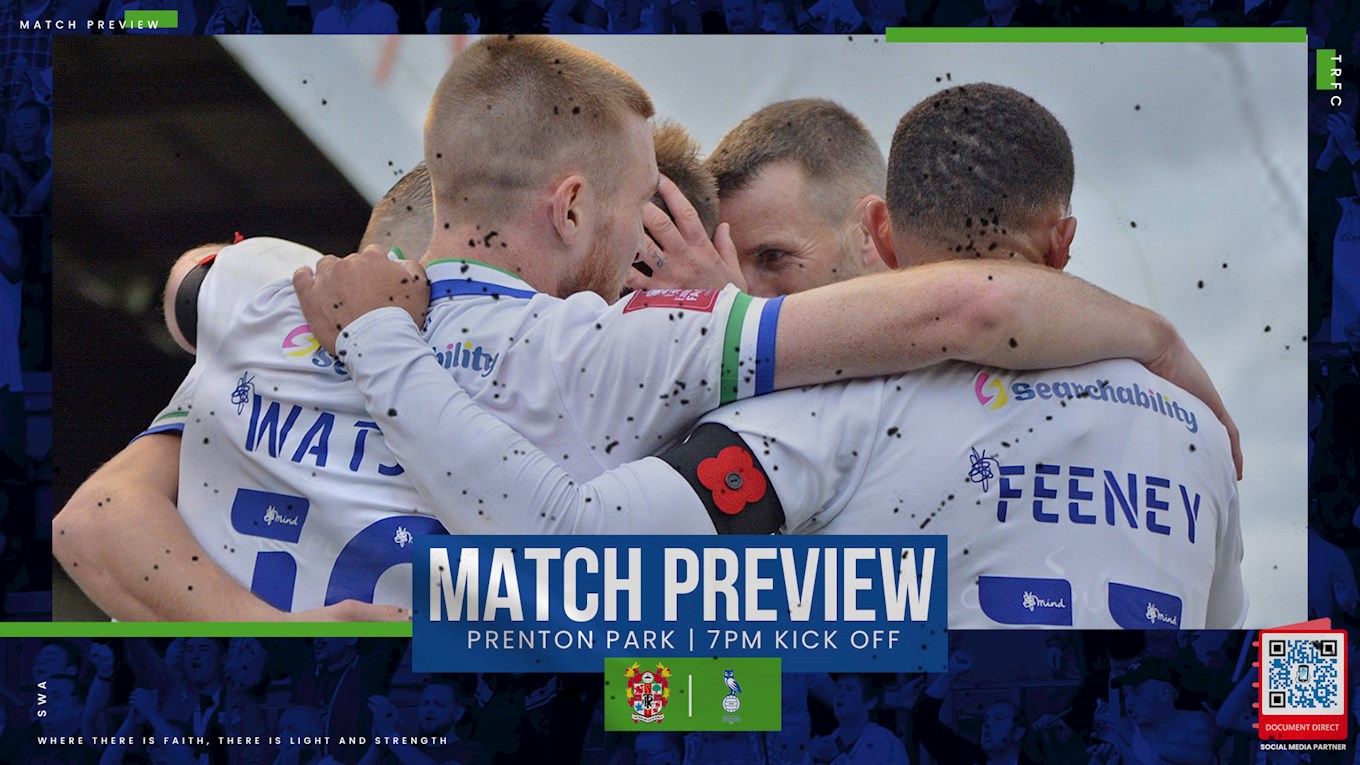 Rovers are in Papa John’s action on Tuesday night against Oldham Athletic at Prenton Park, 7pm kick off.

Micky Mellon’s men are already through to the knockout stages of the competition following wins over Salford and Leeds U21s.

Oldham do have something to play for as they currently sit second in the group but defeat by more than two goals would see them exit the trophy.

Besides the absence of Josh Hawkes and Scott Davies, Micky Mellon should have a full quota of his squad to select from.

The 23-year-old spent time at Middlesbrough, Sunderland and Chesterfield during his youth, before making his professional debut with Ross County.

He went onto make 40 league appearances for the side, before making the move to Wrexham. His time with the club was short, with the 2019/20 season being curtailed.

In October 2020, he made the move to Oldham. In his first season at Boundary Park, he scored 10 times in League Two.

Former England international Keith Curle has been the man in charge at Oldham since March 2021, replacing Harry Kewell.

The 57-year-old has had spells in management with Chester City, Torquay United, Notts County and Carlisle United.

Curle won the 2019/20 League Two play-off final with Northampton Town, but was sacked in February 2021 with the Cobblers fighting against relegation.

This fixture will be available to stream live on iFollow for both UK and international supporters.

Match passes are £10 and can be purchased by clicking here.