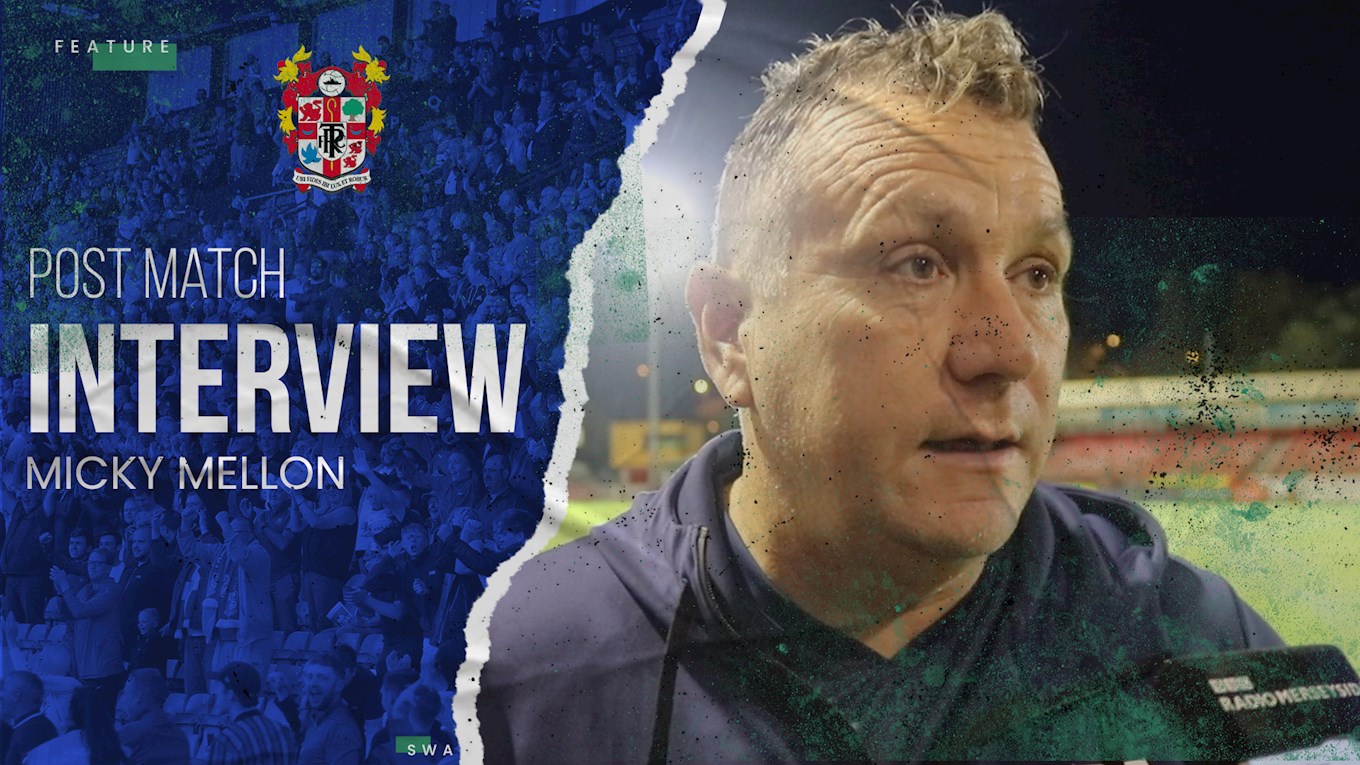 Rovers boss Micky Mellon was jubilant in his post-match interview after his Tranmere side fought hard to earn their place in the second round of the FA Cup.

A Callum McManaman goal was enough to earn Rovers an important victory on the road at Crawley and Mellon recognised the importance of bouncing back and utilising the feedback off the back of two frustrating results in the last two outings.

"Off the back of two not so good performances, I think we took the feedback from everybody concerned, they expected better of us.

"We're delighted, that so far away from home with a fantastic backing again, to be in the next round of the cup."

Mellon revealed that he felt the responsibility of ensuring that his side delivered on Saturday, he explained the importance of winning their first-round game and how he's relishing a second-round battle.

"This is what it's all about, I feel the responsibility of making sure that I deliver for the supporters, me and the team.

"We want to make sure that we give them a team worth supporting and the opportunity to get to the next round of the FA Cup is obviously one of the ways that you can do that.

"So, we were able to do that today and we will all be able to sit and see what the draw is and then you know the prize for that is to get into the third-round, which is when the big clubs come in and you start to dream a little bit.

"So, we'll have that second round fight now which is a great tie which we'll look forward to and we'll battle to try and take the football club into the next round.

"I'm certainly satisfied going back up the road today with a big win for us."