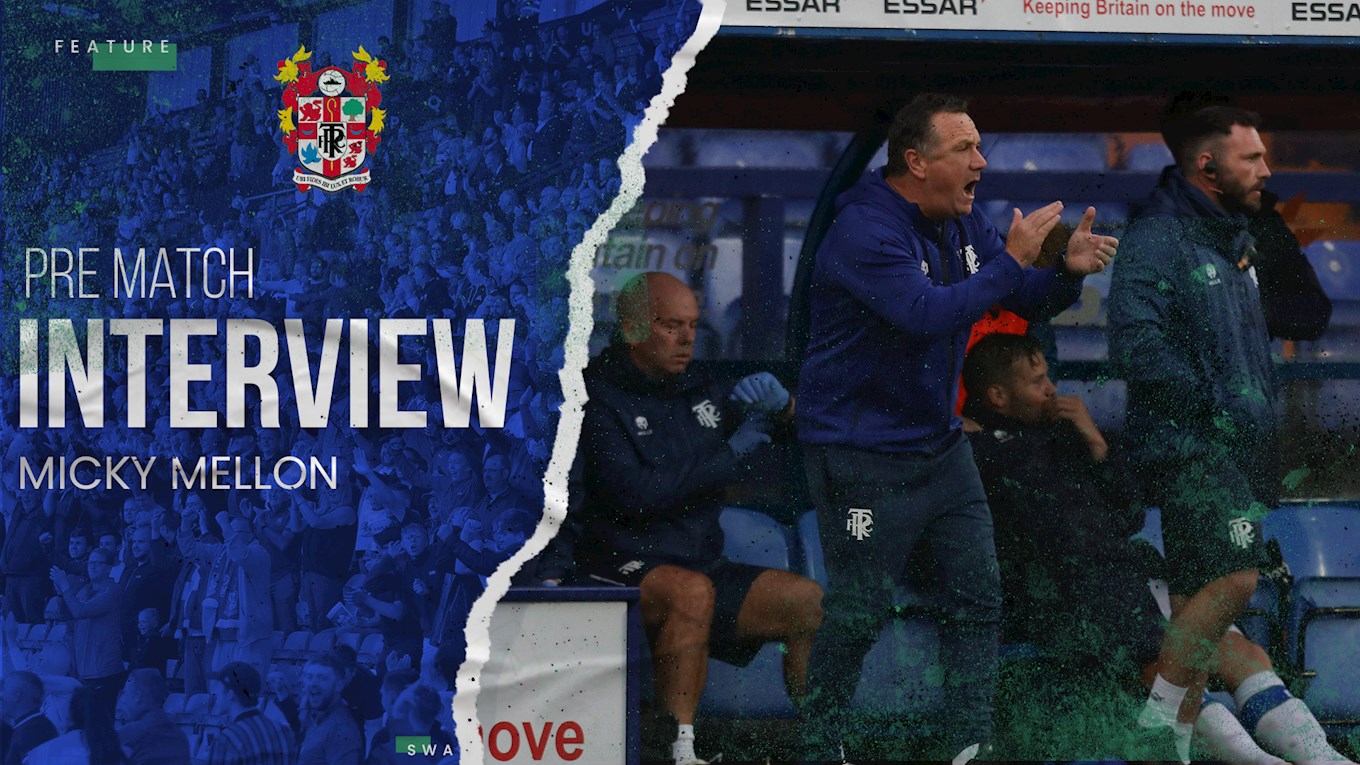 Rovers boss Micky Mellon is relishing Tranmere's trip to West Sussex to face Crawley Town on Saturday, as his side open up their FA Cup campaign.

Rovers go into the weekend's clash off the back of two disappointing defeats in the League and Mellon is keen for his side to deliver an improved showing at the weekend, he explained how Rovers must get back to their standards to curb their run of bad form.

"It's just about getting back to the standards and the levels of the things that we do as a team, so it's not difficult.

"It's just about getting back and making sure everyone gets back on their jobs, there's nothing drastically that we can change, we've designed a way of playing that we know can get us results.

"So it's just about that really, just getting everyone back on line, getting everybody organised again and getting the mentalities right and making sure that they work hard in order to do the things that we know gives us a good opportunity of getting results."

Mellon didn't play down the importance of the FA Cup in his pre-match interview emphasising how much it means and the club's responsibility to deliver for the supporters at the weekend.

"The FA Cup is massive for us and it's important that we work hard to make sure that we give the fans something worth supporting, something worth buying their season tickets and paying to watch and the FA Cup presents you with that opportunity.

"So we will go there understanding that's the responsibility we've got to supporters and we'll try to deliver on that.

Mellon also touched on Rovers opponents, Crawley Town. He offered his thoughts on what he believes will be a tough clash and revealed the hard work that has gone on behind the scenes this week in anticipation of the encounter.

"It's going to be a really tough game, it really is. We played them not so long ago so that will still be fresh in the mind. So we know we've got to go down there and play well and certainly be better at the things that we know make us a good team on Saturday.

"So we've worked hard on it this week, we know what we've got to be good at, with and without the ball and the right mentality to deliver on that."