Micky: We let the supporters down
TRFC Official Site 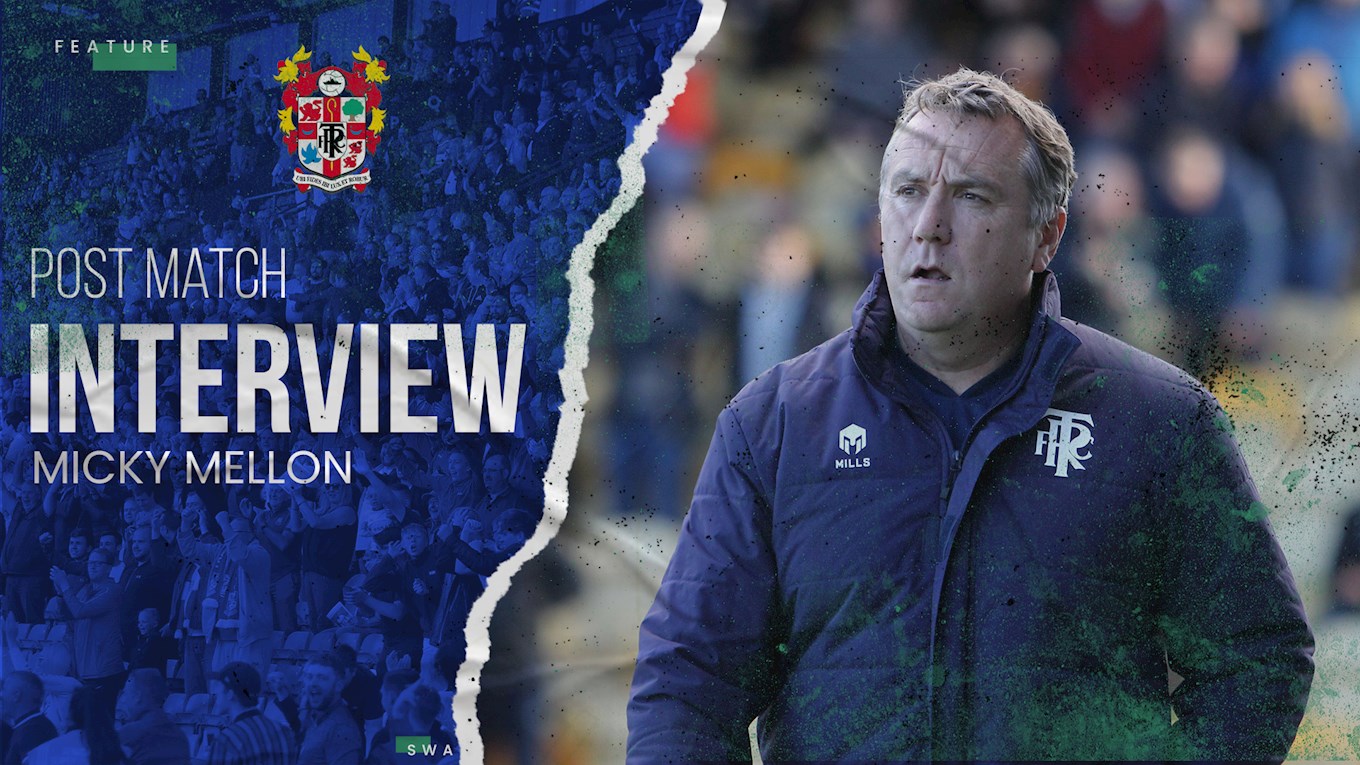 Rovers boss Micky Mellon believes that his side didn't represent the travelling support after Tranmere were beaten 2-0 in what proved to be a frustrating afternoon on the road in Nottinghamshire.

Goals from Rhys Oates and Danny Johnson were enough to condemn Rovers to their fifth league defeat of the season and Mellon offered an honest assessment on proceedings to local media post-match.

"We never represented the travelling support of the club, we were disappointing from the first moments.

"We made some decisions that can only be lack of focus, so we're disappointed that the fans especially that have come over and I've told the players in there that we let them down today.

"We huffed and puffed a wee bit at the start of the second half and then we gave away another incredibly poor goal, which isn't us. But, we never passed it well enough, we didn't look a threat for long enough, we got outrun at times, which isn't like us.

"It was just an altogether really really poor all-round performance and I'm going to say from us, I'm not isolating players and myself from that, I don't do that, I'm the manager and I'm responsible for how we played and I'm taking my big share of responsibility for that.

"We will get home now, I've told the players how I feel in there and it was nowhere near good enough for a Tranmere team to come here and play like that.