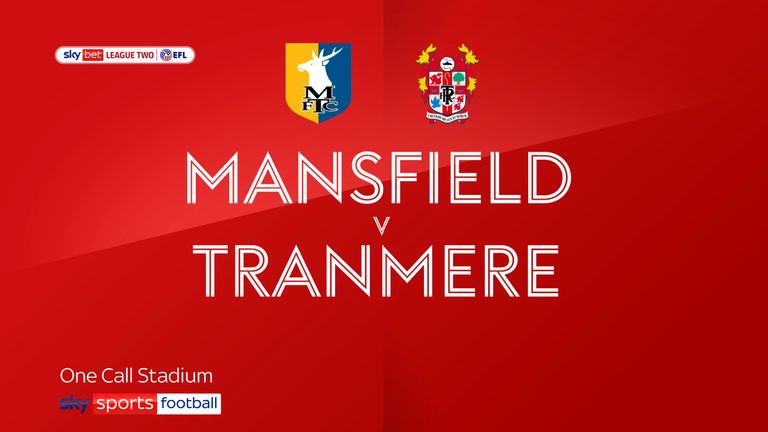 Rhys Oates opened the scoring in the 18th minute after Danny Johnson had earlier missed a penalty.

The points were secured midway through the second half when Johnson slotted home from close range.

Johnson fired high and wide from the spot in just the second minute after Tranmere goalkeeper Ross Doohan fouled Oates in a race for the ball.

Kieron Morris had a goal ruled out for offside for Rovers two minutes later.

Oates kept his cool to put Mansfield ahead after Stephen Quinn's perfect pass opened up the defence.

Harry Charsley had two goalbound shots well blocked by Tom Davies as the Stags ended the half strongly.

Davies blazed over from close range before Mark Duffy and Morris had dangerous shots blocked on the hour mark.

But Johnson doubled Mansfield's lead with a tap-in after Oates set him up after 67 minutes.

Mansfield then easily saw the game out for their first league victory since August 14.