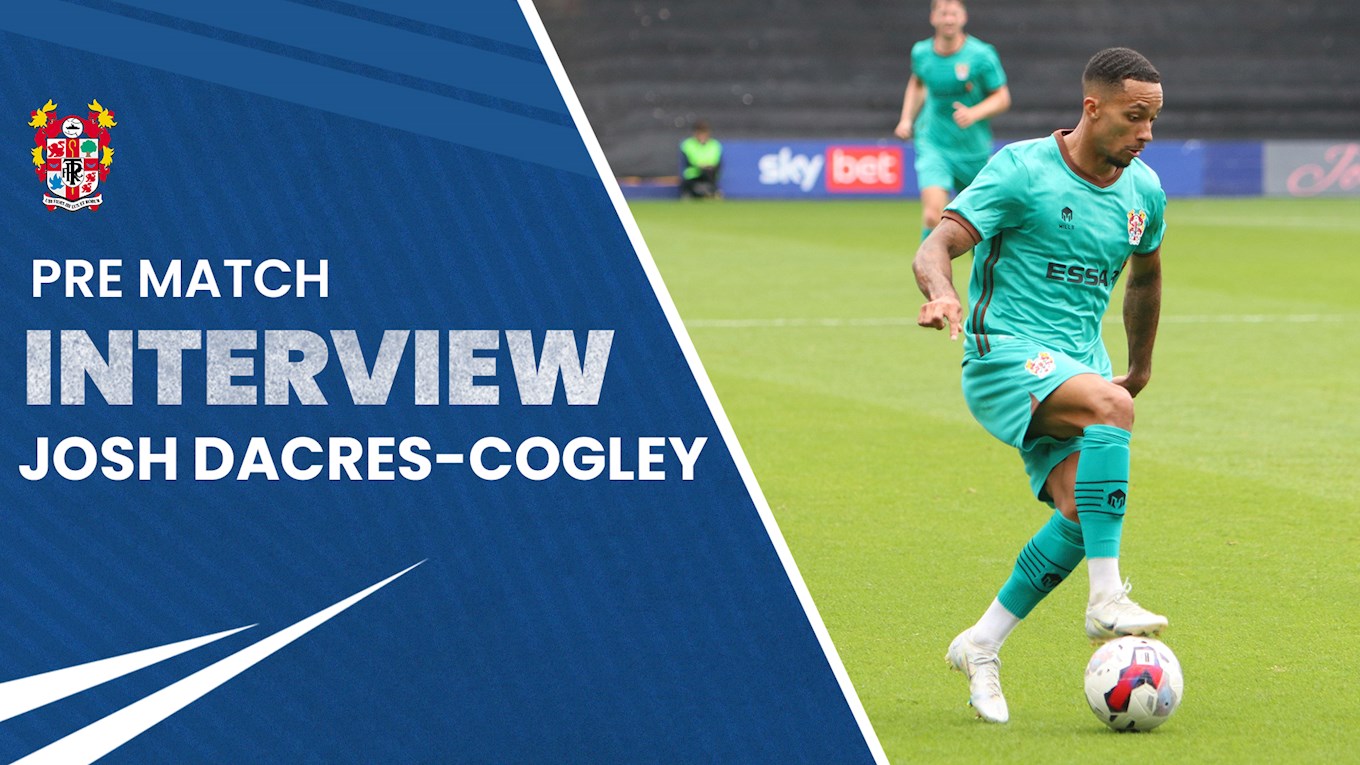 Rovers defender Josh Dacres-Cogley revealed that there has been a positive feeling within the Tranmere camp this week, as Micky Mellon's men aim to return to winning ways on Saturday after a frustrating defeat at the hands of Northampton Town last week.

Speaking to local media ahead of Rovers' trip to Mansfield on Saturday the 25-year-old emphasised the feeling within the camp and how the team is relishing the opportunity to make things right after last week's disappointing result.

"It's been pretty positive. Obviously early on after the game, everyone was feeling a bit annoyed with themselves and feeling a bit down, but we've regrouped this week, everything's positive in the camp and we're just looking forward to getting back out there and trying to make up for that game on Saturday."

Dacres-Cogley also gave his assessment of what went wrong last week, believing that collectively the team weren't hitting the heights they expect.

"It's hard to put a thing on exactly what it was, but I think collectively as a team we just weren't good enough all over the park. It wasn't just going forward, it was midfield, the defence, it was a collective.

"I don't want to say it was just one thing because we'll get chances in games and it's obviously whether we take them or not, we're just going to have to keep creating chances to score. As a collective, it just wasn't good enough."

Since his arrival over the summer, Dacres-Cogley has been an ever-present for Micky Mellon, making an excellent start to life on the Wirral. He expressed his happiness to be with Rovers and his desire to keep on building with the team.

"I settled in straight from when I came here in pre-season, it's a newish group of lads anyway so it wasn't like I was the only one. I've settled in really well and I'm enjoying my football, happy to be playing and I just want to keep on this run, keep on building with this team, keep on trying to get wins and move up that table."