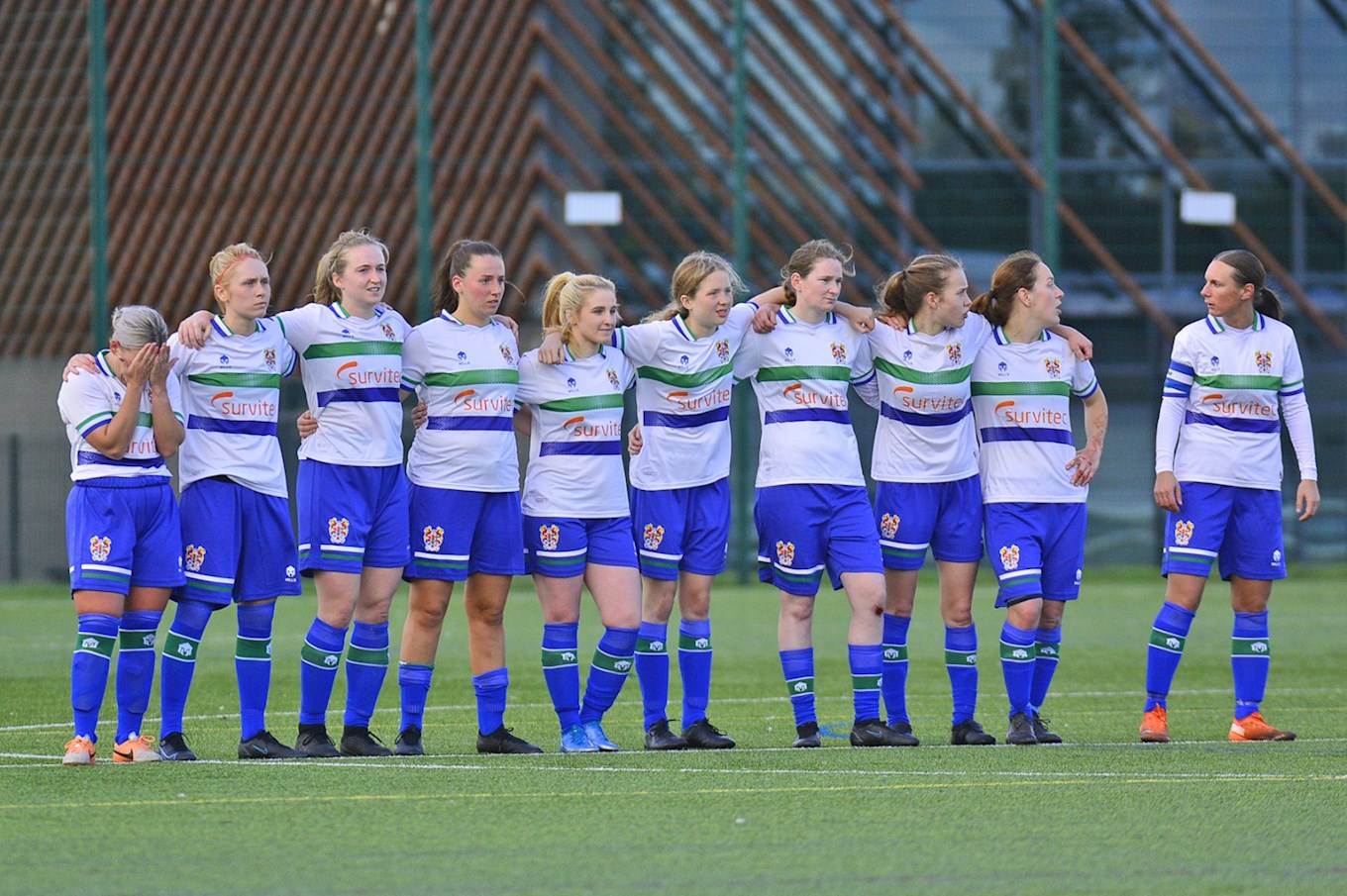 Tranmere Rovers Women bow out of the FA Cup after defeat on penalties in the third round.

It was the home side who dominated the first half with a constant flow of chances that were met with some great saves by the Cheadle goalkeeper to keep the away side in the game.

Tranmere finally got their rewards as Laura Pennington went through one on one and lobbed the GK to put Rovers ahead. Heledd Roberts doubled the lead not long after with a solo run and right footed strike into the top corner.

Cheadle hit back with a goal of their own before the break. A free kick from the half way line lifted over the Rovers defence was met by the on running Cheadle midfielder to make it 2-1 going in to the break.

Rovers continued applying pressure in the second half as they looked for that all important third goal however it was with more great saves from the Cheadle keep and a few chances off the woodwork that prevented Tranmere from getting their third.
With just minutes to go a mix up in the Rovers back line allowed Cheadle in and with a strike from the edge of the box beating Maddock in the Rovers goal.

2-2 at full-time the tie went straight into penalties.
Rovers missing their first giving Cheadle the edge. The away side continued to score all theirs and as Rovers missed their 4th it was Cheadle who advanced.

Manager Marc Joyce “That’s a tough one to take, we’ve created so many chances on the day, I think we’ve hit the crossbar three times and their keepers made some impressive saves. We didn’t get what we deserved but credit to Cheadle for staying in it and good luck to them in the next round”