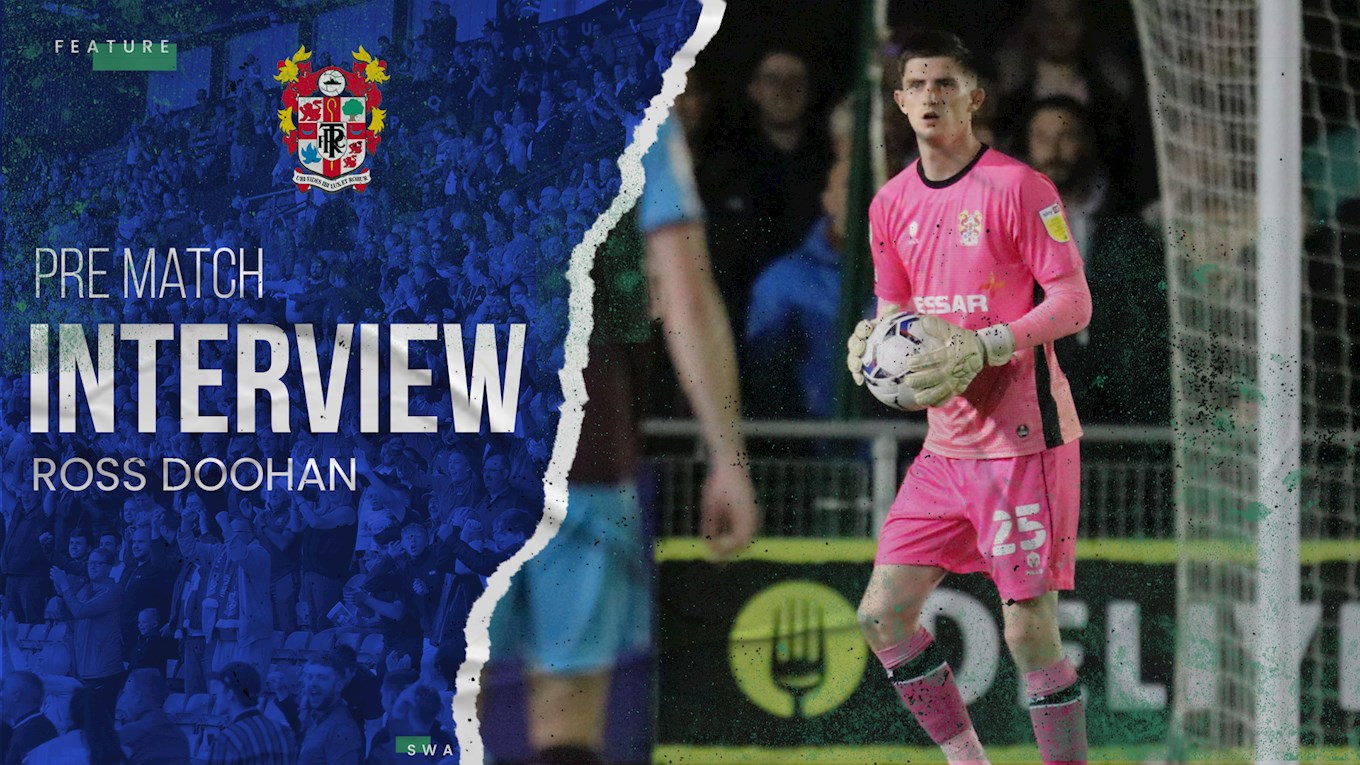 Summer recruit Ross Doohan praised his Tranmere teammates while speaking to local media on Thursday, revealing the integral role they have played which has helped him settle to life in the Wirral.

Celtic loanee Doohan arrived at Prenton Park over the summer and has established himself in recent weeks, playing a key role in a Micky Mellon side that are unbeaten in their last eight outings.

Doohan spoke openly about how he's adjusting to life with Rovers and was sure to credit his teammates for making the adjustment a smooth one.

"I think I've settled in well, to be honest. All the boys have helped as well, it's a close-knit group and they've all been very welcoming. Obviously the coaching staff as well.

"Jay (Spearing) has been with us, he's been coming in and making sure I'm settled and that. It's been going well so far, I've settled in well and I'm happy with how things are going."

Doohan also praised the defensive performances of the whole team and how he feels like he's taken his chance after the injury to Joe Murphy.

"Even at the start of the season defensively we were solid, when Joe (Murphy) was playing I thought he was outstanding and then obviously his injury came about and then I came in and I feel like I've took my chance well.

"All around the pitch, the defence has been brilliant, not just the just back four and the keeper, the whole squad has been great defensively, working hard to keep the clean sheets and reaping the rewards.

Doohan believes that Rovers are reaping the rewards for their continuous progression throughout the campaign which has seen Micky Mellon's side climb into the playoff positions.

"It's always good to be keeping up the table, I think there's a lot of new boys in the squad as well, so maybe it took a bit of time to get the identity but I think week-on-week we're growing in performances and the performances are getting better, so we're reaping the rewards for that.

Doohan also talked about the standard of football in England citing the intensity of the games as something that is benefitting his development.

"Since coming down here, since my first real view of any football down in England, (because I'm used to the football up the road!) I feel it's a very good standard and my game is benefitting from it as well."