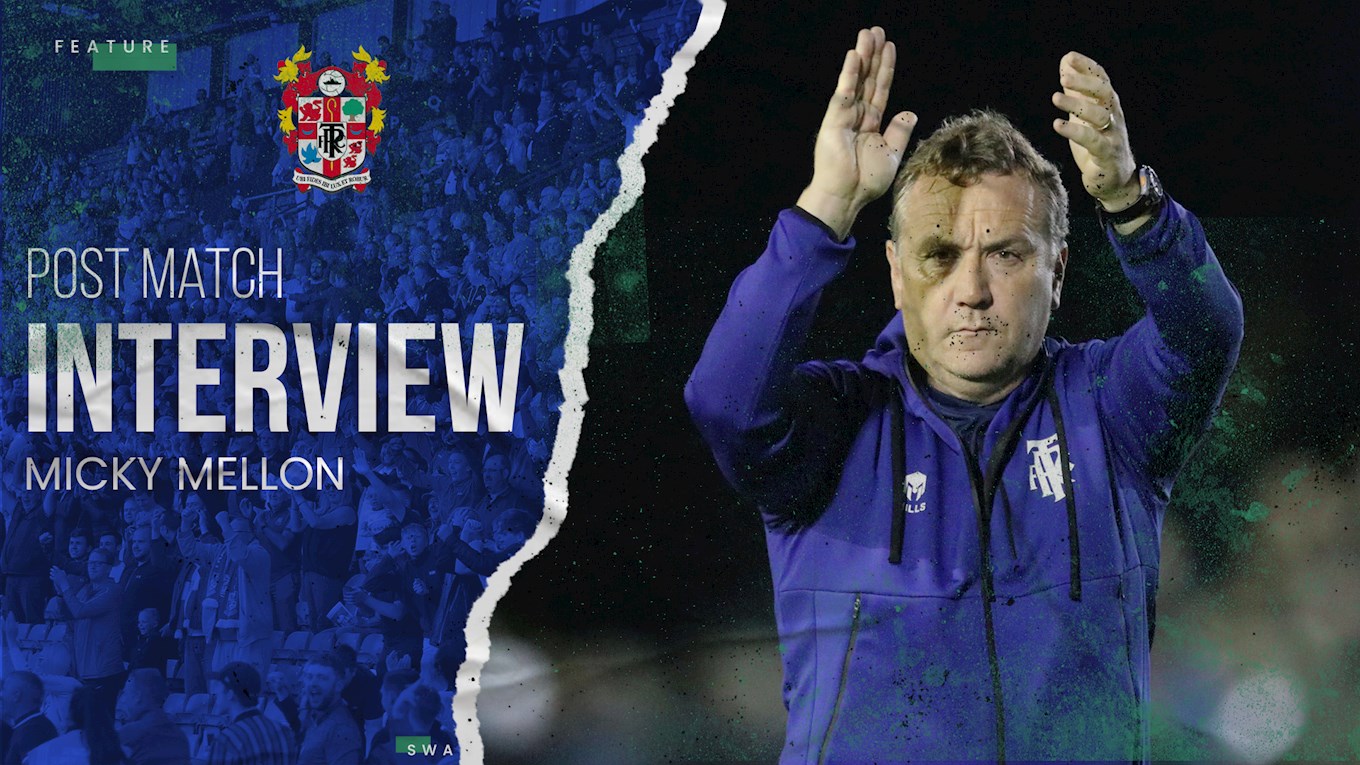 Rovers boss Micky Mellon praised his side in his post-match press conference after Tranmere came from behind to earn a hard-fought point on the road at fellow highflyers Harrogate Town.

Rovers took the lead in Yorkshire from the penalty spot, with experienced midfielder Jay Spearing converting with composure from 12 yards, before the hosts equalised with a penalty of their own before taking the lead at 2-1. Mellon's men refused to go home empty-handed however and a Kieron Morris header in the 55th minute was enough to maintain the team's unbeaten run.

Mellon spoke openly in his post-match media duties, expressing his disappointment at the refereeing decision which gave Harrogate a penalty, which was subsequently converted and praising the travelling supporters who'd made the trip from the Wirral.

"I think we're disappointed with a couple of decisions by the referee, especially their first equaliser, we don't think it's a foul. I think it's a foul against Clarkey who's going to try and win the header and then the result from that is a penalty and I don't really know what from. He (the referee) said it was for pulling jerseys but if it's pulling jerseys it's a penalty every time that you're in the 18-yard-box and we could have had a couple then.

"So, that was a disappointing thing, that it was decided by a referee again. I want it to be decided by the players and I'm disappointed with that."

"But, we battled away well, we're disappointed not to take the three points with the opportunities that we had, but that shows you where we are at and what we're building towards at the minute.

"The support was fantastic, I'm just sorry we weren't able to send them home with a victory, but they were terrific all evening and we're delighted with the way they supported us. It was a hard-fought draw in the end.