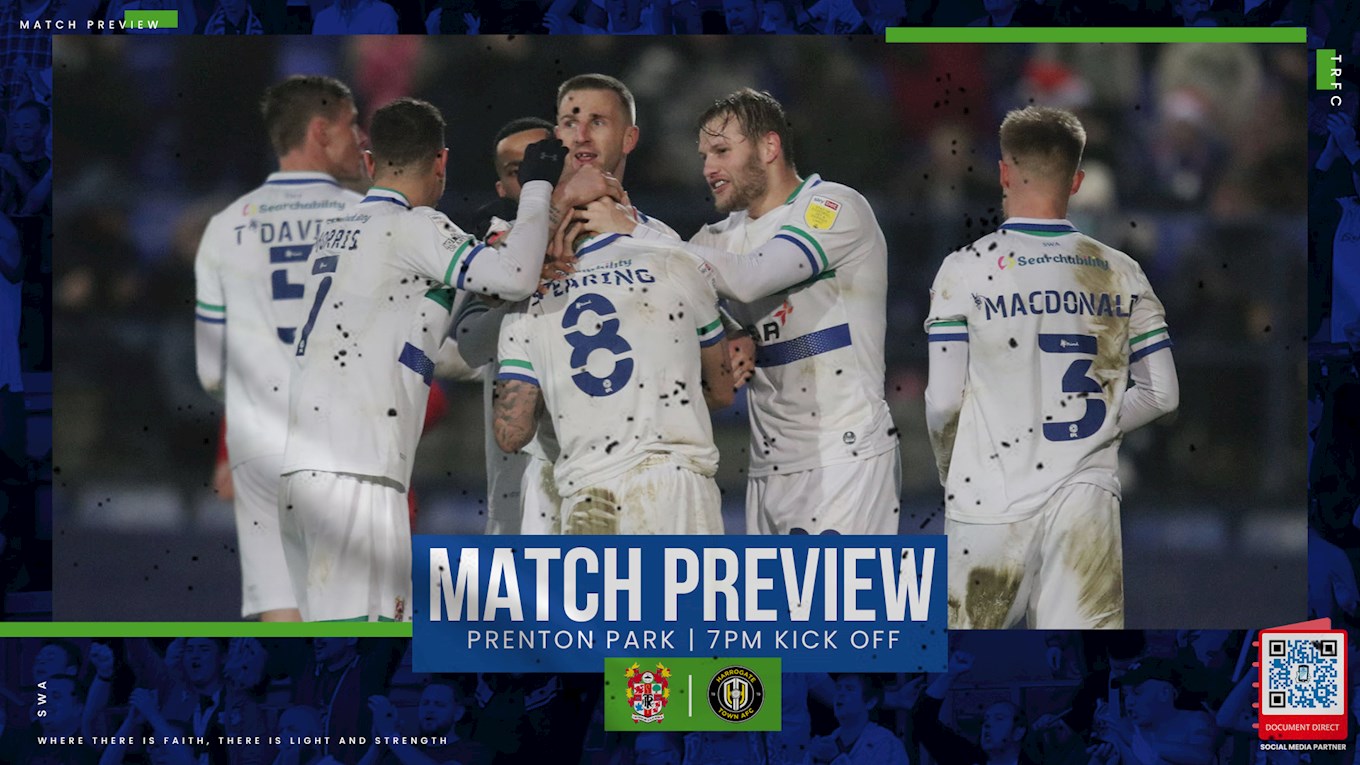 Tranmere Rovers are back on the road again on Tuesday night, with a trip to Harrogate Town next in Sky Bet League Two.

Micky Mellon’s side were victorious on their travels at the weekend, with an own goal from Rod McDonald enough for Rovers to claim all three points in a 1-0 win.

A summer signing, Luke Armstrong made the move to the EnviroVent Stadium from Salford City, and has been in fine form this season, scoring seven times so far in League Two.

After having spells in his youth at Middlesbrough and Birmingham, Armstrong made his professional debut with Cowdenbeath, going onto feature six times in the league. After a successful spell with Blyth Spartans, he made the return to Boro.

The 25-year-old spent two years back at the Riverside, spending time on loan at Gateshead and Accrington Stanley. He joined Salford in 2019, and spent time on loan at Hartlepool last season.

In his playing career, Simon Weaver had spells at Nuneaton, Lincoln, and Tamworth before going into a career in management.

In 2009, he was appointed player-manager at Harrogate, eventually retiring from playing in 2012. Since his appointment, he has taken the side from the Vanarama National North to second place in League Two.

Both UK and International supporters can watch this game live on iFollow!