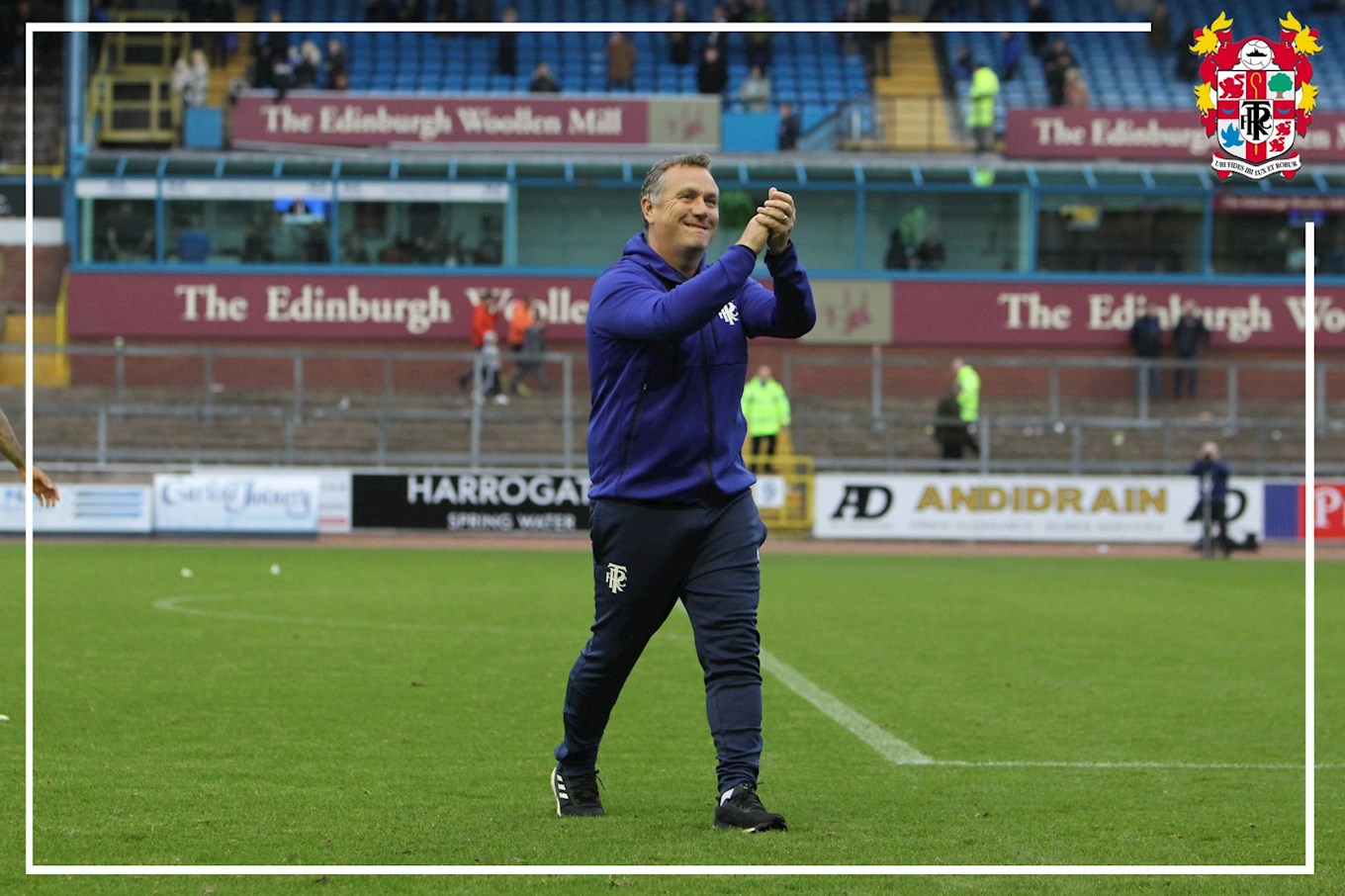 Manager Micky Mellon was pleased as his Tranmere Rovers side earned a third straight Sky Bet League Two victory with a 1-0 triumph away at Carlisle United on Saturday afternoon.

In a tightly contested clash at Brunton Park, Rovers were winners in Cumbria after Rod McDonald turned Kieron Morris’ cross into his own net three minutes following half-time.

Speaking to the local media after full-time, Mellon gave his thoughts on another winning display, which moved Rovers up to fourth.

Mellon said: “We had to take care of the moments that gave us the goals that we deserved, and we showed a whole load of qualities and it’s always difficult to come to Carlisle anyway, but when they haven’t got a manager, and they are fighting, I thought we showed vast amounts of control when we needed to.

“I would have liked us to score more goals, and we missed a penalty, so we could have made it much more comfortable for ourselves, but we kept going and made it over the line.

“I thought we started the game poorly, I don’t think we were on the front foot and we allowed them to dictate the opening ten or 15 minutes, and they played like a team who have just lost their manager, at home and wanted to gain the energy from the anger from that, and we allowed them to set that, but then we settled down and started to string some passes together, and used the energy as a team to get in dangerous areas.

“We spoke as a team at half-time and we felt we needed the extra quality in those wide areas and have plenty of movement in the 18-yard box and I felt we came out in the second-half like lightning, and we really took it to Carlisle, and I thought it was only a matter of time before we got that goal.

“It came and then the penalty came at a good time which would probably have put us out of sight, but when you miss that, it gives Carlisle a lift and from being out of the game, they are back in it and they were still in it.

“At 1-0 up, you know that there is still hope for them, so they can fling things at you and take a bit of a gamble, they had some chances but weren’t able to put them away, and our goalkeeper was superb and the back four were brilliant.

“Some of the work that Foley and our midfield boys do is outstanding, and they fight for us all day long and it’s a massive three points for us.

“We gained control of the game for long periods and when we needed to defend in the 18-yard box, we did that.

“When you’re playing against teams, games are tight, and you have to take what you can, and we’ve got the three points.”

Rovers hit the road again on Tuesday night as they travel to Harrogate Town, and Mellon is looking forward to the fixture at the high-flying Sulphurites.

He added: “Tuesday night is a huge game for us. I’m sure we’ll take a massive following there and we’re looking forward to that."