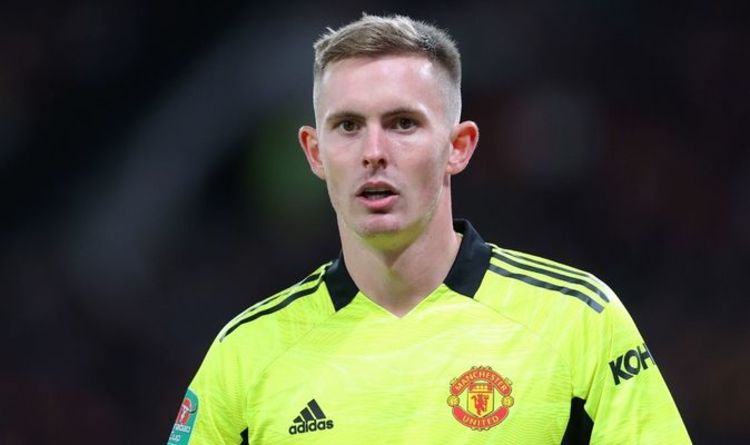 Chelsea offered Manchester United £50million to sign goalkeeper Dean Henderson during Frank Lampard's tenure at Stamford Bridge, it has been claimed. The surprising development has emerged in light of the news that Ajax are interested in a shock loan swoop for the England international, who has lost his place in Gareth Southgate's squad since withdrawing from Euro 2020.

Henderson had successfully ousted team-mate David de Gea to the No 1 spot at United last season under Ole Gunnar Solskjaer before the Spaniard won back his place in the side.

The former Sheffield United loanee was then forced to undergo an operation on a hip problem in a bid to return to full fitness this season but Henderson has rarely had a look in.

Instead, De Gea has firmly re-established himself as United's No 1 goalkeeper, coming to their rescue on a number of occasions this season.

It means Henderson's chances of forcing his way back into reckoning are now minuscule with a January move now under discussions.

Man Utd goalkeeper Dean Henderson was the subject of a £50m bid from Chelsea (Image: GETTY)

In an unexpected development, Andy Mitten has now revealed that United actually received a blockbuster offer of £50million from Chelsea for the player way back at the start of last season.

At the time, Blues boss Lampard was in the hunt for a new goalkeeper after losing patience with Kepa Arrizabalaga.

The Spaniard had lost his place in the side to Willy Caballero on numerous occasions after continuously making errors between the sticks.

Lampard and the Chelsea hierarchy had decided enough was enough before they eventually settled on Rennes goalkeeper Edouard Mendy.

Mitten revealed on The Athletic's Talk of the Devils Podcast: "Chelsea had offered £50m to United for Dean Henderson when they were last looking for a goalkeeper, around the start of the previous [2020-21] season."

The signing of Mendy is one Chelsea have not lived to regret, despite his poor showing in the 3-2 defeat at West Ham.

He has kept 23 clean sheets in 45 Premier League outings for the Blues since making the £22m move from France.

Furthermore, Mendy was an integral part of Thomas Tuchel's Champions League-winning Chelsea side last season in his debut campaign on English shores.

Dean Henderson is now being chased by Ajax ahead of the January window (Image: GETTY)

Chelsea were not the only club interested in Henderson though with Tottenham and Borussia Dortmund also thought to be keen.

United were not willing to sell though given they believed Henderson would be their future No 1.

Not many were able to predict De Gea turning things around like he has and Henderson will now have to consider an exit if he wants to play regularly.

Henderson is expected to be handed a rare chance to impress on Wednesday night when United host Young Boys in Champions League action at Old Trafford, having already qualified as group winners.