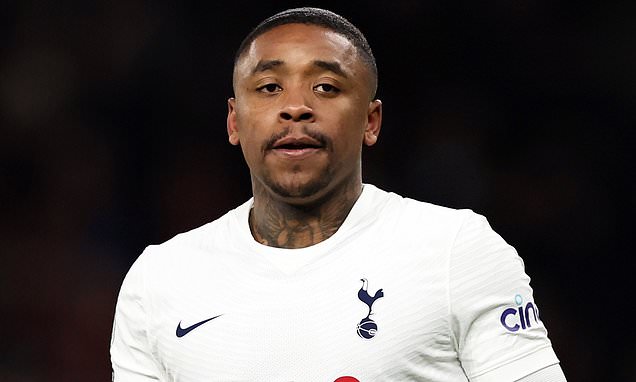 Ajax will reportedly target a loan move for Tottenham outcast Steve Bergwijn if Antonio Conte deems him surplus to requirements in the January transfer window.

Bergwijn, 24, has only been afforded 13 minutes of football since Conte arrived at the Tottenham Hotspur Stadium last month.

He is is one of several Spurs players to have suffered from the Italian's appointment, with Dele Alli, Tanguy Ndombele and Joe Rodon also seeing their game time plummet in recent weeks.


Conte recently warned his squad that he is still 'making his evaluations' on them ahead of the January window, throwing down the gauntlet after their disastrous 2-1 Europa League conference defeat away at NS Mura.

And according to The Times, Bergwijn could be offered an escape from his Spurs nightmare by Ajax.

The Holland winger, who only completed a £27million move to Spurs from PSV Eindhoven in January 2020, is said to be on Erik ten Hag's radar just a few weeks before the winter market opens.

He is yet to earn a start under Conte, only appearing from the bench in recent Premier League wins over Brentford and Norwich while failing to make it into the squad entirely against Mura.

The new Spurs head coach has opted for a front three of Lucas Moura, Harry Kane and Son Heung-min in each of his first four league matches, all but confirming the trio as his first-choice attack for the foreseeable future.

Bergwijn may therefore push for a move when the January window comes around, and Ajax are interested in prising him away from north London on an initial loan deal.

The former PSV man hit the ground running after signing for Spurs by scoring in his first three home league matches, including a terrific pair of strikes against Manchester City and Manchester United.

Yet after starting eight league games in his first half-season, ex-boss Jose Mourinho cast him to one side in the middle of the previous campaign.

He then got the nod in Nuno Espirito Santo's first three outings this term before an ankle injury sidelined him for close to a month.

Bergwijn is not the only forgotten Spurs star attracting attention from elsewhere, nevertheless.

Rodon, who is yet to feature in the league under Conte, has reportedly emerged as a transfer target for Brighton, having played under Seagulls manager Graham Potter in his time at Swansea.