Report: Barcelona interested in signing Spurs player on loan with option to buy

‘World is weighing him down’: Bent urges Tottenham star to leave and ‘just go anywhere’

Antonio Conte is delighted to be back in the Premier League

Frank Lampard has made a claim about Tottenham Hotspur fans

‘Get out’: Trevor Sinclair tells midfielder to leave Tottenham now

Report: Spurs could reignite interest in Serie A midfielder this January

Report: Club to decide when Spurs have to pay £42.5m fee for loan player

Tottenham 'could scare Roma' with January bid for Nicolò Zaniolo

Report: Centre-back said to be wanted by Conte makes decision on future

‘I have no doubt’: Teammate comments on future of £68m reported Tottenham target

Previous Tottenham managers have all spotted similar problems with the squad

Report: Star Conte is said to want at Spurs has ‘verbal agreement’ to join Serie A club

‘To progress in negotiations’ – Fabrizio Romano update on Spurs-linked Brozovic

Who goes and who stays at Tottenham in an Antonio Conte clear out?

Report: Tottenham are preparing an offer for 25-year-old centre-back

Ndombele, Alli and Sessegnon among Spurs players who failed to impress Conte

'Attention to Tottenham' - Conte and Paratici 'both great admirers' of player, renewal talks have 'frozen'

Conte under no illusions as to the task ahead at Tottenham

Report: What Conte has now privately said to Tottenham’s £15m man, he’s only picked him once

‘If I was his new club I would be annoyed’: Some Tottenham fans love what Lamela has done

‘Only player who tried’: Some Spurs fans have somehow found a positive after last night

‘One of the best in the world’: Mura boss hails Tottenham man after big win

‘Has the power of Shearer’: Brad Friedel says one Spurs player’s shots are like a rocket 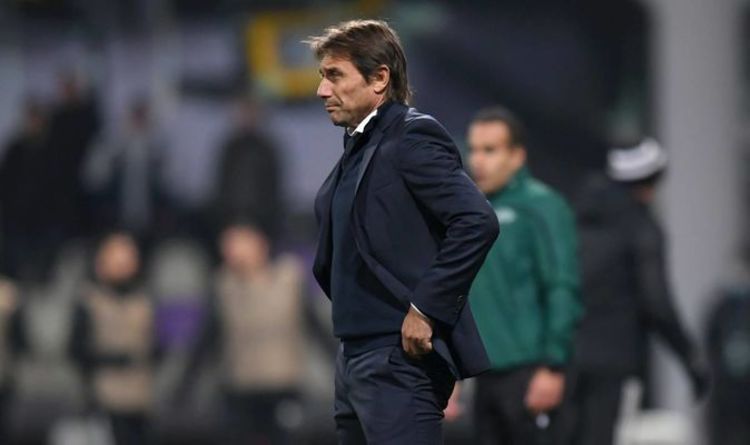 Antonio Conte watched on from the sidelines as his Tottenham side were brutally humiliated against Slovenian side FC Mura, but the Italian is suffering what all of Mauricio Pochettino's successors have had to deal with, after his demand was ignored by Daniel Levy in 2019.

Antonio Conte is the latest manager to pay the price for Tottenham's bizarre decision to ignore the demands of former manager Mauricio Pochettino, as they were absolutely humiliated by Slovenian side FC Mura , losing 2-1 to a side founded just nine years ago in the UEFA Conference League.

Despite arriving in Slovenia as overwhelming favourites for Conte's second taste of action in the third-tier of European competition, FC Mura stormed into a 1-0 lead, and things went from bad to worse as Ryan Sessegnon was sent off before half-time.

After 70 minutes of frustration, Harry Kane finally replied for Tottenham as he levelled the scores, but Spurs were stunned as they left themselves wide open and Amadej Marosa made himself a hero by netting a winner in the 94th minute to hand Mura their first ever European win.

Tottenham's qualification is now in jeopardy and they face a must-win game against group leaders Rennes in the final clash of the group.

Conte is now realising just how big of a task he has on his hands at Tottenham, but Pochettino was aware of the struggles that Spurs would face back in 2019.

Antonio Conte has a huge job on his hands at Tottenham (Image: GETTY)

It's quite the fall from grace, as Tottenham have gone from Champions League finalists to struggling in the UEFA Conference League in the space of just two years, and even Conte may be concerned that he has taken on an impossible job.

Cast your minds back to the Pochettino era, the Argentinian had Tottenham playing some of the best football in Europe, and after narrowly missing out on their first ever Premier League title, they had the chance to win Europe's ultimate crown.

They lost 2-0 to Liverpool in the final, but it was an extremely respectable run, although Pochettino knew back then that his squad had reached their peak, and it was time for an overhaul to keep their momentum going.

Pochettino issued a demand to chairman Daniel Levy following their Champions League final defeat back in 2019, as he said: "When you talk about Tottenham, everyone says you have an amazing house but you need to put in the furniture.

Mauricio Pochettino wasn't given the tools demanded in 2019 (Image: GETTY)

Spurs have the dream home, and have seemingly landed the dream manager in Conte, but due to hesitation from the board and a lack of vision for what appeared inevitable to Pochettino, their identity no ceases to exist.

It's time for Levy to hold off on running Tottenham like a Wall Street business for at least one season, as his assets will be considerably more valuable if he runs Spurs like a football club for the near future.