Report: Boost for Spurs as Arsenal distance themselves from ‘majestic’ player Paratici wants

'Glorious Gunners rise from the dead'

Arsenal fans angry that Tottenham game could be postponed

‘He would be elite’: Spurs fans react to transfer rumour about ‘class’ player

Tottenham 'insistent' on signing - Spurs 'offer more than anyone else', club set to listen

Tottenham Hotspur hit by covid-19 outbreak ahead of Liverpool clash

Opinion: Tottenham’s three winners and three losers of the week

Tottenham must apply to Premier League for postponement after Covid outbreak

Report: How Spurs could seek guidance from UEFA after Covid-19 outbreak

‘Might be some news’: Manager discusses if his player is joining Tottenham

‘I spoke with him’: Antonio Conte has very good news for Tottenham fans

Laborde, Terrier and the Rennes players Tottenham and Conte must be wary of

The Hoddle of Coffee: Tottenham Hotspur News and Links for Tuesday, December 7

Pierre-Emile Hojbjerg is 'confident big things can be achieved'

How Covid outbreak at Tottenham could effect upcoming fixtures

Report: Spurs have enquired about signing Juventus player on loan

Tottenham to host Morecambe in FA Cup third round tie

Tottenham learn of their FA Cup third round opponents

Tottenham confident of tying down veteran star to new contract

Report: Tottenham scouts were in attendance at Benfica v Sporting this week

Report: Spurs ‘laying groundwork’ for 10 arrivals and departures in January 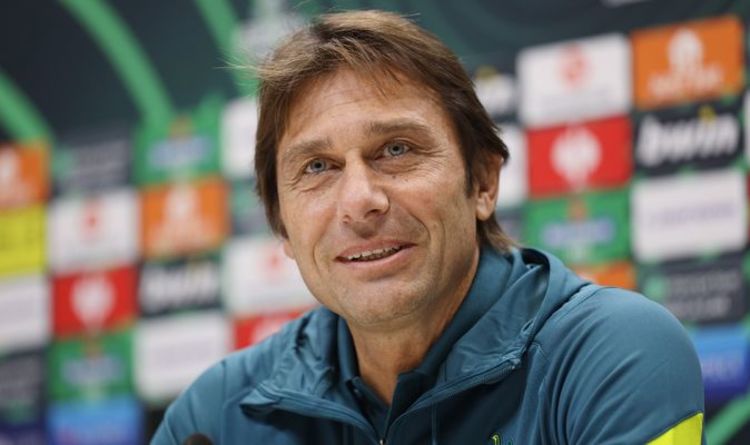 Tottenham boss Antonio Conte is reportedly looking to strengthen his ranks by using the January transfer window to his advantage ahead of the Premier League run-in. The Italian coach is said to be keen on bringing Manchester United defender Eric Bailly to north London at the turn of the year, while the addition of a second new centre-back is also believed to be a mid-season priority.

Conte is understood to be a huge admirer of Bailly and tried to sign the 27-year-old for Inter Milan during his time in charge of the Italian heavyweights.The United defender has struggled at Old Trafford in recent months and could decide to seek a new opportunity at the turn of the year in order to revitalise his career elsewhere.

With that in mind, Express Sport takes a look at the Spurs side that could begin to take shape if Bailly is joined by two other new signings at Tottenham before the January window slams shut.

Hugo Lloris has been Tottenham's first-choice option between the sticks for a long time and should retain his place in the side for the rest of the season.

The Frenchman has played every minute in the Premier League since the beginning of the campaign, keeping four clean sheets in the process.

However, he will be out of contract at the end of the season as things stand, suggesting that the addition of a new goalkeeper could emerge as a priority for Conte in the summer.

Conte is said to be keen on landing two new centre-backs in January, with Bailly said to be joined by Matthijs de Ligt on the 52-year-old's shortlist.The Juventus man is believed to be angling for a move elsewhere and has reportedly been shopped around Europe by his agent, Mino Raiola, in recent weeks.

Both players would be set to start the majority of matches for Spurs upon joining the club, with Cristian Romero, Eric Dier and Ben Davies also likely to be in the frame for regular minutes.

Arsenal willing to miss out on £12.8m transfer windfall

Spurs could also look to bolster their ranks in the middle of the park with the addition of Franck Kessie from AC Milan.The Ivorian playmaker is said to be in high demand ahead of the January transfer window, with Liverpool and Manchester United also said to be weighing up a mid-season move.Kessie's arrival would help to shore up Conte's options in midfield alongside Pierre-Emile Hojbjerg, with the likes of Oliver Skipp, Tanguy Ndombele and Harry Winks able to provide additional cover.

Meanwhile, Emerson Royal and Sergio Reguilon will be primed to reprise their wing-back roles between now and the end of the season.

Spurs have been linked with a number of exciting forwards as of late, but it remains to be seen whether any January deals will be done at the top of the pitch.Fiorentina marksman Dusan Vlahovic has been linked with the north London club in recent weeks, but his current employers may be unwilling to sell in the middle of the season.As a result, Harry Kane will likely be trusted to lead the line for the foreseeable future despite his lacklustre start to the Premier League campaign.Meanwhile, Lucas Moura and Son Heung-min should continue in their respective supporting roles ahead of Bryan Gil, who has failed to set the world alight since his summer move from Sevilla.