Cooper's startling transformation of Nottingham Forest as he returns to Swans

How Swansea City's recruitment will now work after massive shake-up

TEAM NEWS: Peart-Harris, Valencia and Žambůrek start for Brentford B against Swansea City 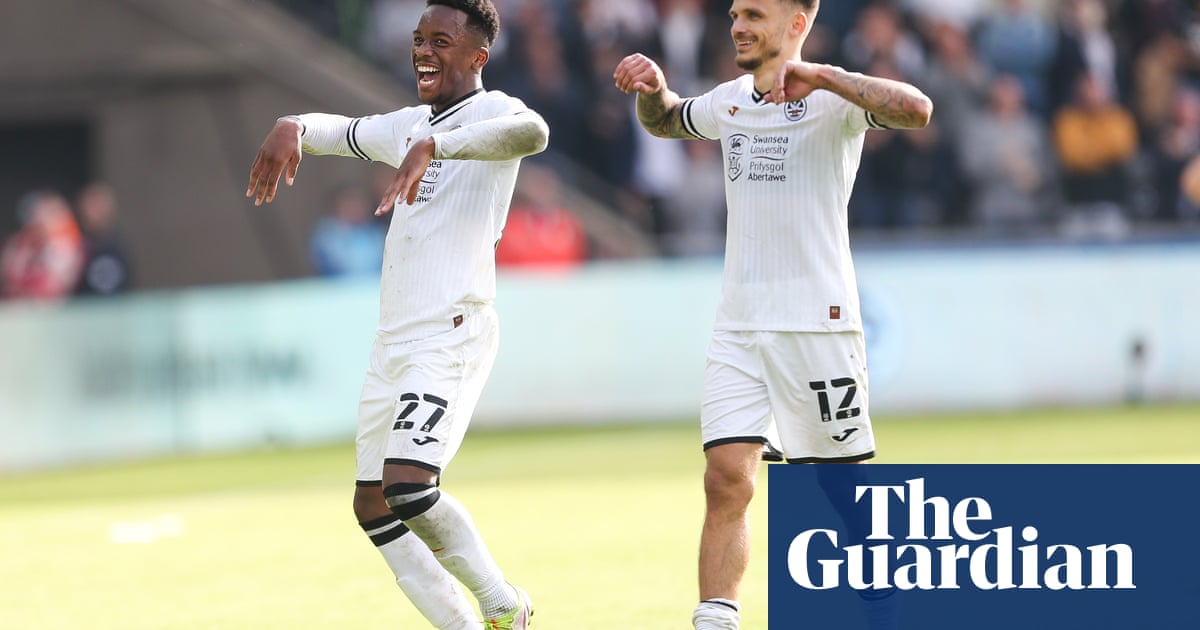 Jamie Paterson scored one and claimed two assists as Cardiff crumbled to a sixth-successive defeat in the Championship. Joël Piroe and Jake Bidwell struck second-half goals as Swansea enjoyed their biggest league win under Russell Martin, their previous best being two 1-0 successes.

Whether McCarthy survives this defeat remains to be seen, but the nature of Cardiff’s second-half surrender means serious questions are set to be asked in the Bluebirds’ boardroom.

McCarthy has only been in charge since January but Cardiff now find themselves four points above the relegation zone when they had been expected – at the start of the season – to mount a play-off challenge at least.

Swansea started on the front foot and had a strong shout for a third-minute penalty when Curtis Nelson challenged Ethan Laird. Nelson did not appear to make contact with the ball as Laird tumbled but the referee, James Linington, was not interested.

Cardiff shaded the opening exchanges from that point and passed up a gilt-edged opportunity to open the scoring after seven minutes. Leandro Bacuna and Kieffer Moore worked the ball to the unmarked Ryan Giles, but the winger directed his unconvincing effort straight at Ben Hamer.

Hamer was the busier of the two goalkeepers and also fielded straightforward attempts from Joe Ralls and Moore in the opening quarter. But the balance of the contest changed within 30 seconds close to the half-hour.

Cardiff’s goalkeeper, Alex Smithies, hit a careless pass that allowed Swansea to counter and Paterson set up Piroe for a close-range chance from which Smithies redeemed himself.

But Swansea recycled possession immediately and Paterson’s super first touch presented him with enough time to unleash a 25-yard shot which went in off Smithies’ far post.

The contest was more open than recent derbies and Ryan Manning fired over after the restart before Cardiff came close twice within a minute. Aden Flint’s drive was deflected over and the unchallenged Nelson headed wide from the resulting corner.

Smithies saved from Laird and Ryan Bennett but the hosts’ growing pressure saw them double the lead on the hour. Paterson was the architect this time with a delicious pass and Piroe controlled the ball on his chest before lifting it over Smithies for his seventh Swansea goal.

Korey Smith should have added a third before Bidwell did, the wing-back nodding in on the goalline after Paterson had cleverly floated the ball over Smithies’ head.

Olivier Ntcham might have added a fourth to secure the biggest win in this fixture since 1965, but it was a day to remember for Swansea supporters and one to forget for McCarthy.