This is not goodbye to Swansea - Tate
BBC Sport 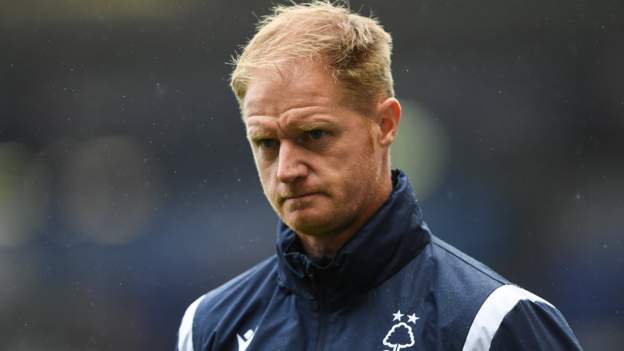 Alan Tate (left) worked under Steve Cooper (right) for two seasons at Swansea City, reaching the play-offs in each campaign

Club legend Alan Tate says he has not said "goodbye" to Swansea City despite his move to Nottingham Forest.

The former Swans defender has issued a statement addressed to "everyone connected to our club and our city".

"This is not goodbye. This is thank you, I love you, I will miss you and I will see you again," Tate said.

Tate's association with Swansea stretches back to 2002, when he arrived on loan from Manchester United at a club battling against the threat of relegation to non-league football.

He helped Swansea avoid the drop courtesy of victory over Hull City on the final day of that season, before returning for a second loan spell and then joining on a permanent basis in 2004.

Tate played regularly throughout Swansea's climb to the top flight, featuring in their Championship play-off final win over Reading in 2011 and then captaining Brendan Rodgers' side as they made a Premier League bow at Manchester City.

Tate, who is originally from County Durham but has settled with his family in Swansea, remembers being a "skinny 20-year-old lad" arriving in Wales for the first time having been signed by Brian Flynn.

"Little did I know what that day would snowball into, which was one of the most amazing stories in football," he said.

"Nine years in which we together went through every emotion that exists together to come together and become the first Welsh club to reach the Premier League.

Tate played 340 games for Swansea before leaving the club in 2015, returning the following year to begin his coaching career in their academy.

The fans' favourite was promoted to a first-team coach role following Cooper's arrival in 2019, and briefly served as caretaker manager after Cooper's exit in July this year.

Swansea initially indicated Tate would remain in his position after Cooper's departure but, following the appointment of Russell Martin, he was set to take a new role overseeing loan players and scouting before the chance to join Forest arose.

"I would like to thank (Swansea chief executive) Julian Winter and (sporting director) Mark Allen for doing all they could to keep me at the club in some capacity, but my focus now is Nottingham Forest," Tate added.

"Steve Cooper offered me the chance to be his assistant manager at a club with great history and I will do all I can to help them succeed.

"It goes without saying that while my focus is Forest, I wish Swansea well.

"There is so much more I could write, there are far too many memories to go through and far too many people that I need to thank for everything we achieved together.