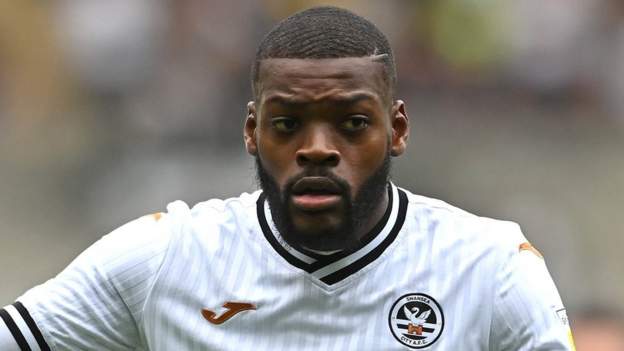 Midfielder Olivier Ntcham will miss Swansea City's match at Derby County, as he recovers from a hamstring injury.

Head coach Russell Martin however insists the injury will not be a long term problem.

"It's pretty much what we thought after the game, so it's not going to be a long term one at all," said Martin.

"He'll be back for the game after the international break. He'll probably have to miss this weekend but we expect him to be training pretty soon."

Martin will also make late calls regarding the fitness of striker Michael Obafemi and defender Ryan Bennett, who both missed the game at Craven Cottage.

Swansea next face a Derby County side bottom of the Championship table, following a 12 point deduction, after the club went in to administration.

"I think they've done brilliantly considering the circumstances they've found themselves in, so I've got a lot of admiration for the job that Wayne (Rooney) is doing there," said Martin.

"Sometimes these circumstances can bring you together and give you something to really fight for and it seems they've gone that way rather than feeling sorry for themselves.

"They are really fighting. It's a long, long season and they're putting themselves right back in the mix.

"I think it's going to be a really tough game. They had a great result in midweek."