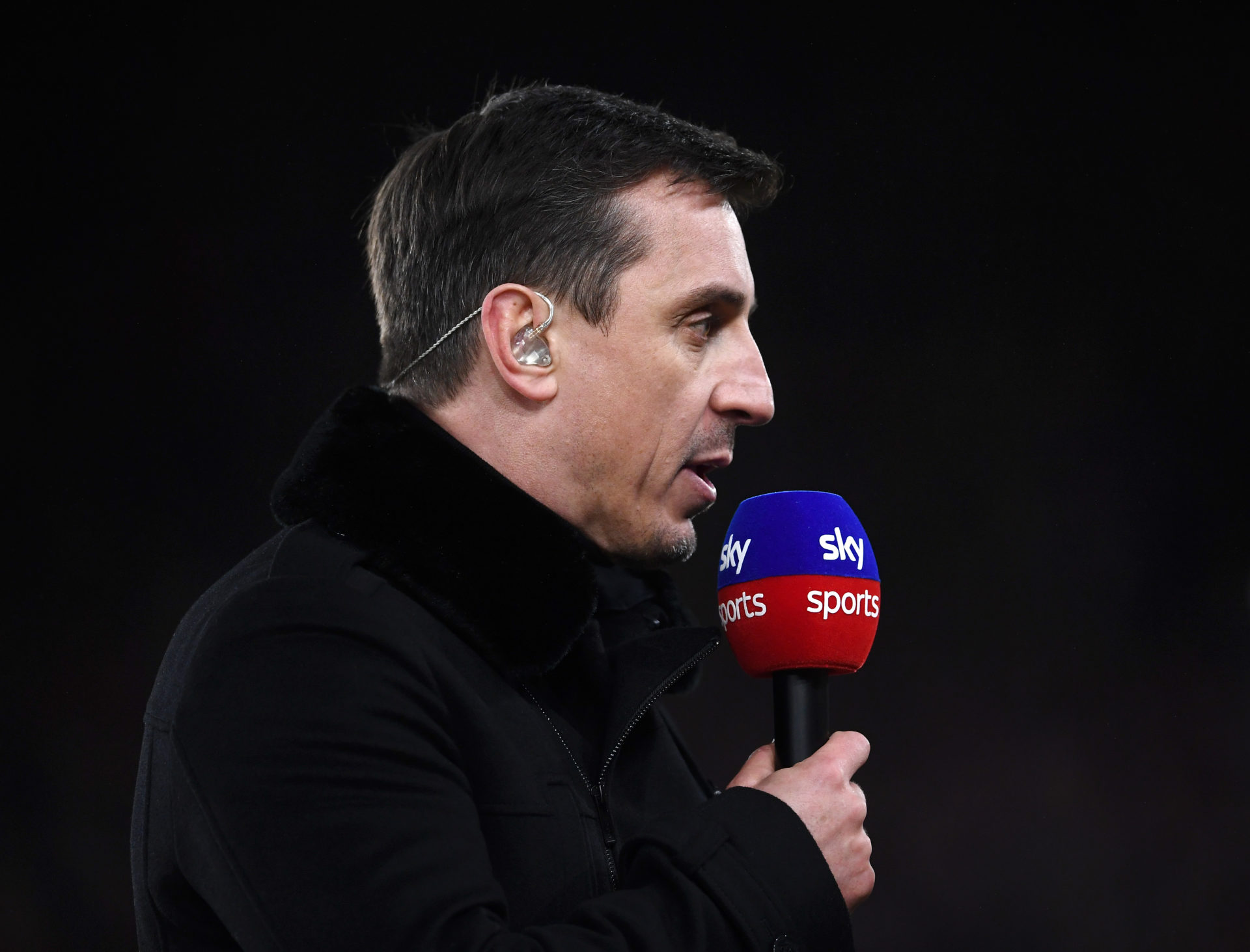 Photo by Nigel Roddis – The FA/The FA via Getty Images

Gary Neville has used someone like Sunderland as an example when discussing Tracey Crouch’s fan-led review into football, as he told Monday Night Football on Sky Sports (06/12/21 at 10:55 pm)

The Salford co-owner stated that it’s ‘very disrespectful’ to use the argument that football clubs are like ‘corner shops’, as he stated that someone like Sunderland are ‘institutions in the city that are unbelievably important’.

Neville is backing an independent regulator to review the game on areas such as how its run, a possible football tax and how the money is being spread out to the football league – it is being led by Sports Minister, Tracey Crouch.

There are some boardmembers of football clubs that have opposesed to this review, including Karen Brady at West Ham, Christian Purslow at Aston Villa and Angus Kinnear at Leeds.

Villa’s CEO compared the situation to ‘corner shops’, in this case those in the football league, and how the big supermarkets, in this case they would be Premier League clubs, didn’t help them during lockdown, as he told talkSPORT.

When Neville shared his thoughts on this review, he hit back at some of the comments that have been made about this review.

“Football clubs are too important to not have better governance, more independence and more transparency,” said Neville.

“We know how important the corner shop can be in a local community. But Sunderland in Sunderland, it’s not just a corner shop. Let’s be clear. Bristol City or Bristol Rovers are not just corner shops. They are institutions in the city that are unbelievably important.

“They are heritage assets that people live their lives for every week.”

Sunderland have dropped down England’s football league like a fly and have shown how a badly-run club can falter so quickly.

The League One club are in a better place now than they were under the stewardship of the unpopular Ellis Short that saw back-to-back relegations.

If there are changes during these coming months and years, then it can affect someone like Sunderland and the finances they receive.

One of the arguments being made is the gulf in money a bottom-of-the-table Premier League club would receive compared to those sitting top of England’s second-tier.

In other news, Benfica attempt to delay £30m star signing for Newcastle United