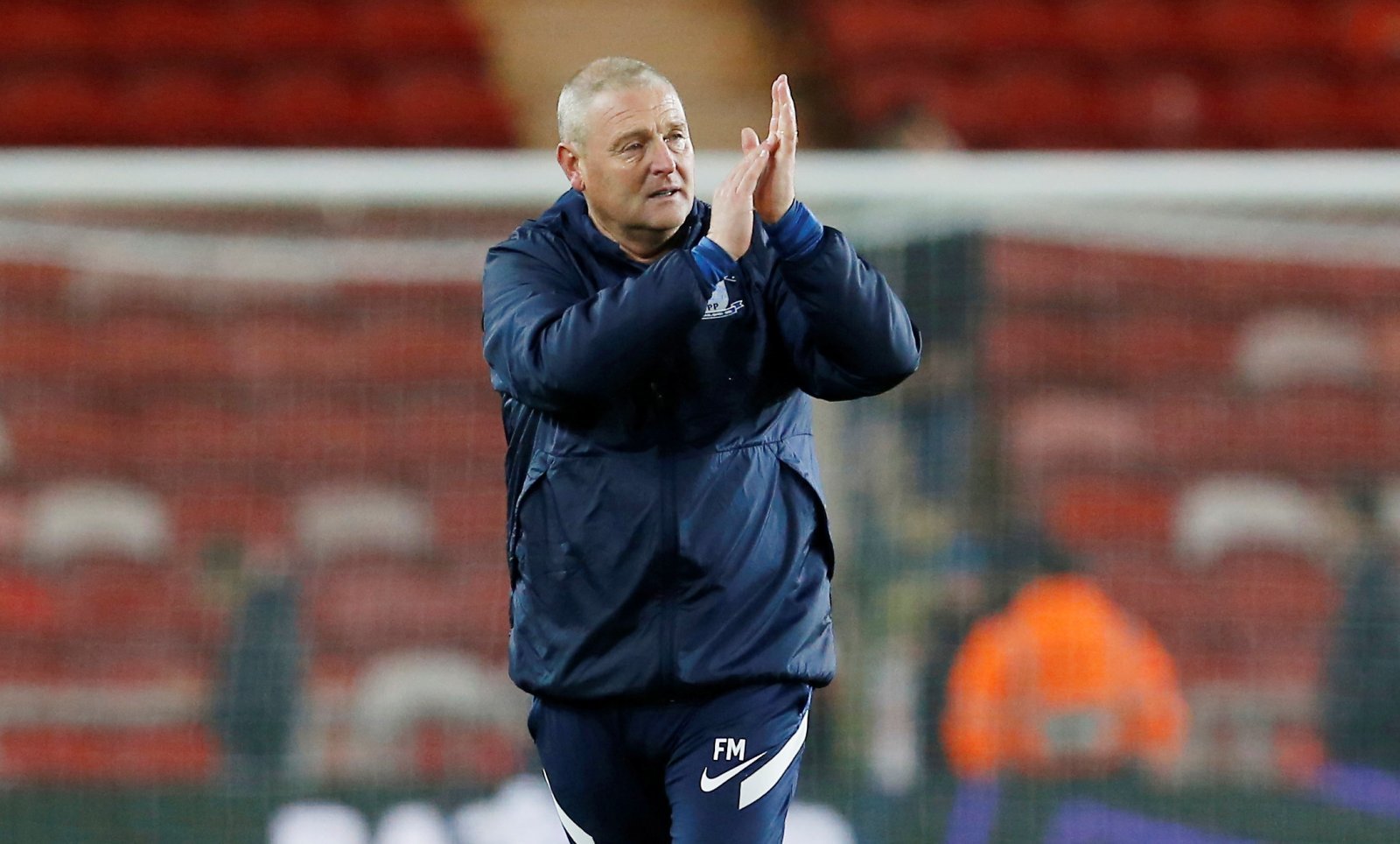 After some shaky results and a slide down the table, Frankie McAvoy has now been relieved of his duties as head coach of Preston North End, as reported by the club’s official website.

He looked bright at first and he certainly got the team playing for each other again after taking over from Alex Neil. He kept us up in the Championship and put a smile back on the players faces again.

This year though, the boss has seen his fortunes drop. He’s never really been able to get North End going and with the club sitting ominously close to the drop zone, the trigger has now been pulled on his time at Deepdale.

The hunt is now on for a fresh face to take over with the Lilywhites. But who are some potential contenders?

The Lancashire Evening Post has reported that there is a name already in the frame to take over and that he is currently in a different job right now – so we’ll focus on candidates who are currently holding a position elsewhere, which rules out the likes of Michael Carrick, Nicky Butt and Paul Cook.

The first name on the list is perhaps a bit of a longshot and is more of a name that many would want rather than a name that is likely to happen.

The manager has proven his mettle with current side Plymouth, leading them all the way up to the very top of the League One table. He looks like the real deal as a boss in football and is well-regarded by many as a big managerial talent.

It would be an extremely ambitious and exciting appointment if North End did manage to lure him away from Argyle.

However, the fact is that with his work currently paying off at Plymouth and the side in the middle of a battle for third tier promotion, it’s unlikely he would leave for the job – but you still never know.

Many expect him to eventually make the move back up to the second tier, especially considering the work he has done at Lincoln so far. He had his current team battling for a place in the Championship last campaign, only for his side to falter and end up staying in the third tier.

With the side struggling to reach the same heights this year, he could perhaps be tempted away by the lure of a chance to work in a higher league with his former club. Now would perhaps be as good a time as any for him to depart Lincoln – so it’s possible.

It wouldn’t be a list of potential North End managers without this man would it?

Gareth Ainsworth was linked with the job last time and is being linked with it again this time around. The North End fans have a fondness towards the current Wycombe boss and the manager himself does have a liking for his former club.

The issue here is the position of Wycombe. Like Plymouth, they too find themselves in a promotion hunt in the third tier and it’s truly a case of whether or not he would want to leave when he could perhaps achieve something special with the Chairboys again.

If anyone can tempt him away then it is surely North End – it’s just a case of whether now is the right time or not for him to exit his current side.

An appointment that would likely not go down too well with many North End fans is Grant McCann.

He would fit the head coach role perfectly and he certainly has experience of battling in the Championship, having done it with Hull on two separate occasions.

The issue is just that – his lack of success in the second tier. Tigers’ fans themselves are often calling for the manager to leave and his record in the second tier is not brilliant. He’s excelled in League One and has done well so far to keep Hull up but there are question marks over whether his ceiling is keeping teams just above the water in the second tier.

Given the chance to kick on a bit with Preston though, he might excel even more. It’s a gamble but it might be a gamble worth taking.

Ending on a bit of a controversial one here – and a bit of a rank outsider – but Lee Johnson’s name has cropped up in the bookmakers odds for the next North End manager and he would certainly fit the bill of manager currently at another club.

Even though Sunderland are currently battling for a play-off spot in League One, there is uncertainty surrounding his future and a number of Black Cats’ fans want to see the manager gone.

It would make things easier for North End if that is the case. Johnson already looks to be on his way out of Sunderland so could walk straight into a new job at Deepdale. It would solve the Black Cats of their current managerial issue and allow them to look for a suitable replacement, while PNE would have their new man before Barnsley.

He does have experience in the Championship too. He worked with Bristol City for a number of years, solidified them in the second tier and kept them afloat during a relegation battle and eventually took them on a superb cup run to boot.

He’s since had to make do with spending time in League One but given the chance in the Championship again, he could certainly try and help PNE to push on this season. It could be a long shot again – but who knows in football?

Do you think any of these names will end up with the job? Do you think there could be someone else heading to Deepdale? Let us know on our social media page @VitalPNE.