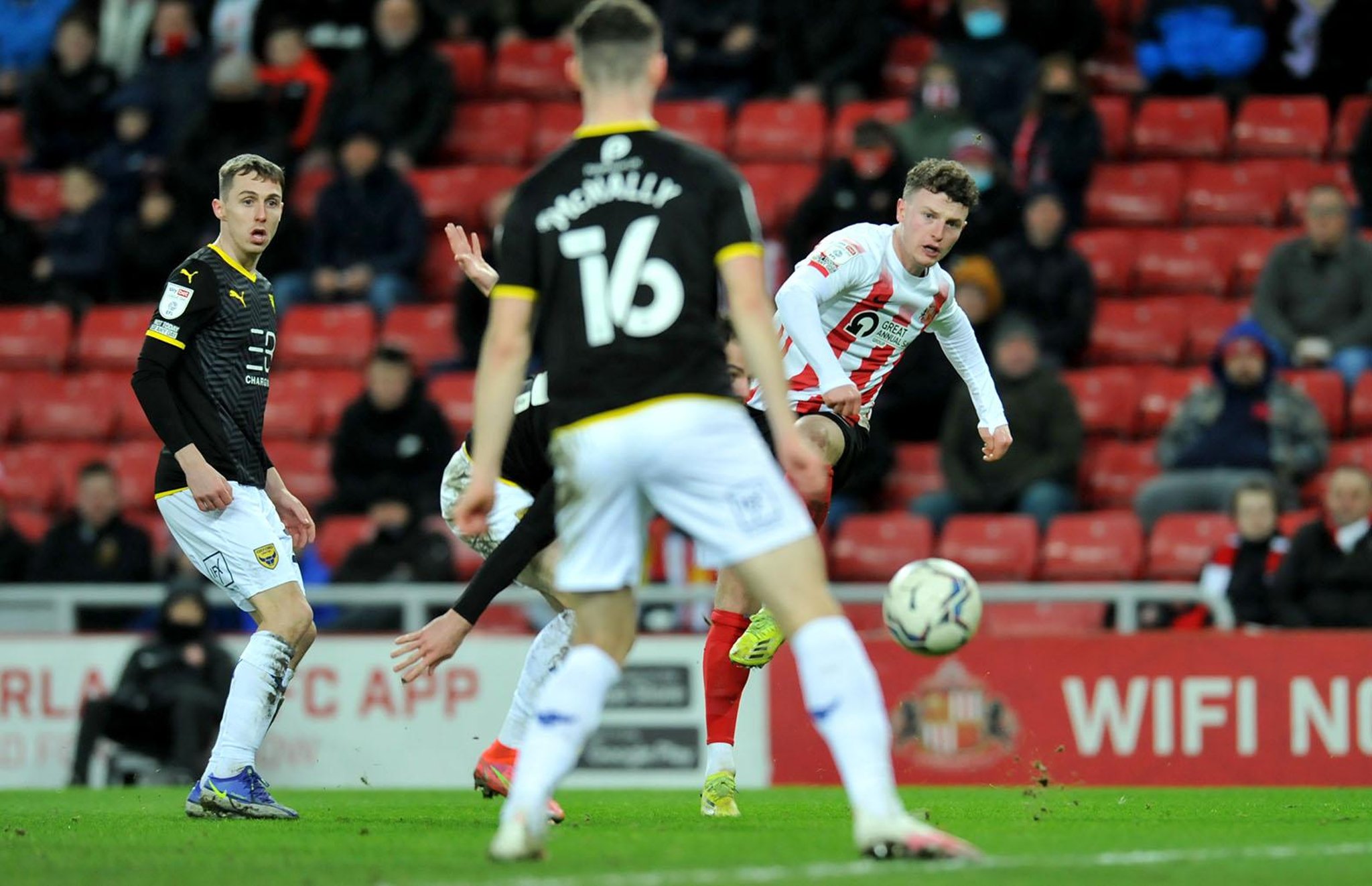 After falling behind to an excellent Leon Dajaku goal early on Saturday afternoon, Robinson's side played their way into the game and equalised through Matty Taylor not long before half time.

They had impressed through that first half but were fortunate to survive the second unscathed, with Sunderland twice hitting the woodwork in search of a winner.

“I was quite bored second half, we were one dimensional in all aspects of our game," Robinson said.

"First half there was only one team in it, I thought that we did what we do and we were very good.

"Credit to Lee they changed shape second half, were very aggressive in their press and I thought we played into that, I've had a go at the players because I think that's unacceptable

"It was a statement to the lads that, in the past we'd have skipped out of here with a point, but today we're angry with how we played that second half.

"I'm maybe being harsh but I think it's fair.

"At the same time, maybe they've just played well. I think Lee would have every right to just say the second half was about his team playing well."

Robinson said the impact of a recent COVID outbreak was evident in the second half, but pointed to Sunderland's lengthy injury list as to why it was no excuse.

"The players who've come back from COVID struggled in the second half," he said.

"COVID is very real, and I've seen that in my athletes. They have struggled with it.

The substitutions we have made in that second half have been purely because of that.

“We would have taken a point beforehand, but because of the first half I feel we should have put our front foot forward and won the game.

"COVID had a big impact on us but let's get it right, these have got a terrible injury list.

"They had some big, big players who were unavailable.

"Honestly, I think you've seen two teams there who can't be at their best because of the number of players who aren't at their peak in terms of fitness."