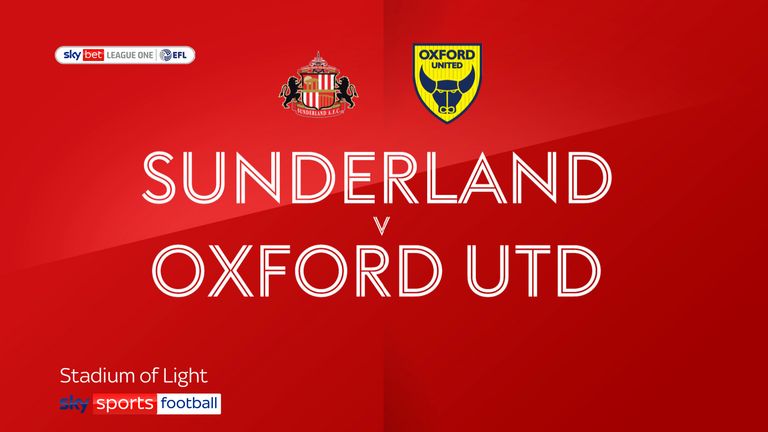 Sunderland missed out on a chance to move level on points with Sky Bet League One leaders Rotherham after being held to a 1-1 draw by Oxford at the Stadium of Light.

The visitors came from behind to climb to seventh by extending their unbeaten run to seven matches to stay firmly in the promotion mix themselves.

Sunderland, now unbeaten in four matches, made the best possible start when young German Leon Dajaku beat his man before rolling beyond goalkeeper Simon Eastwood in the seventh minute.

Eastwood, Anthony Forde, Elliott Moore and Matty Taylor were all back for the visitors following a Covid crisis.

And, after Moore had seen a header saved by Thorben Hoffmann, Taylor levelled nine minutes before half-time.

The 31-year-old struck low and inside the far post having been found by Nathan Holland's cutback after he had brushed Lynden Gooch aside too easily.

After the restart Ross Stewart hit the bar and headed into Eastwood's arms before Nathan Broadhead rattled the post for Sunderland.

Oxford substitute Dan Agyei almost made Gooch pay for a lazy pass but was denied by Hoffmann and an entertaining match ended level.