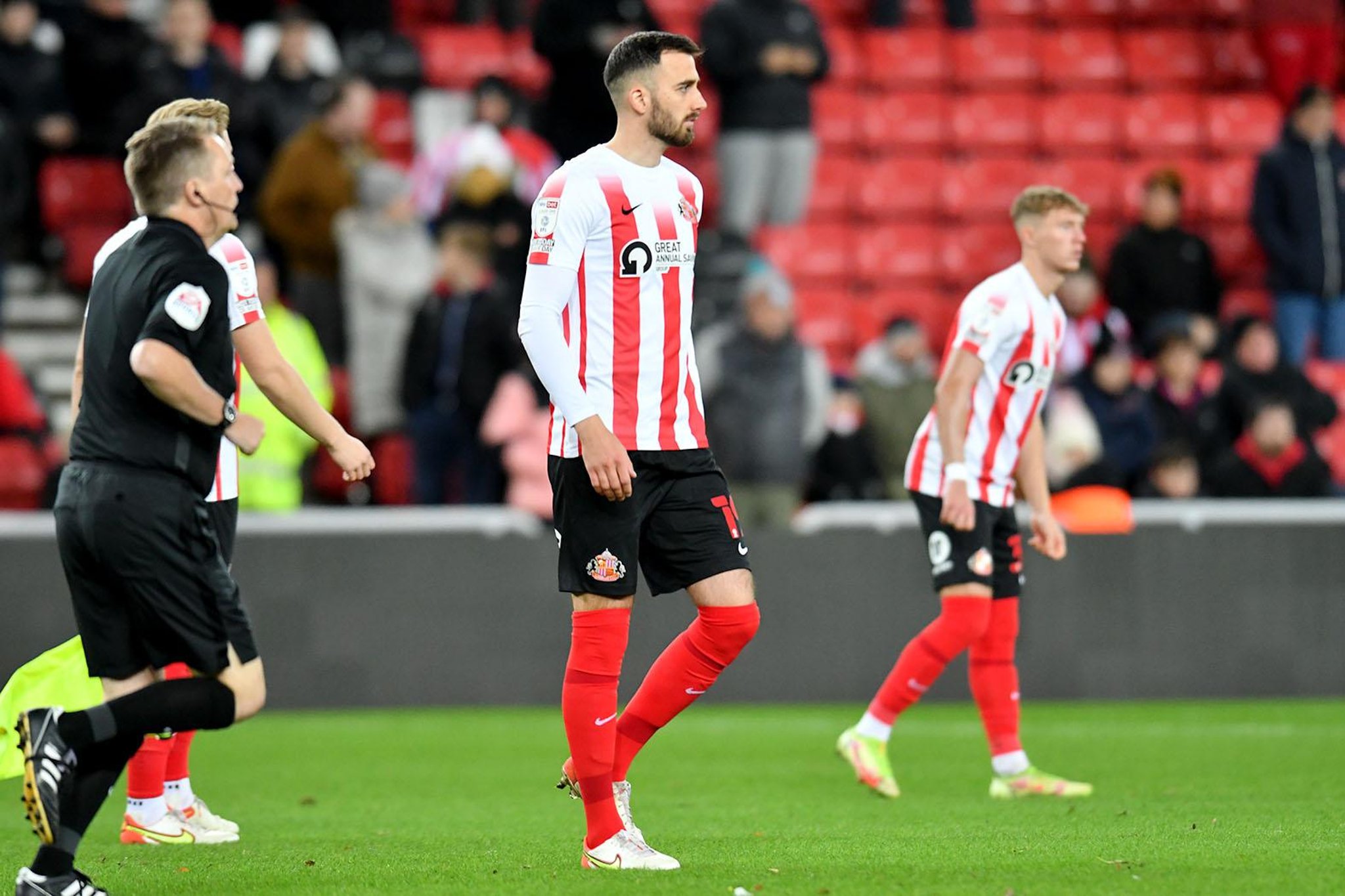 Xhemajli played his first senior game since September last year in the 1-0 defeat to Oldham Athletic, and produced a composed display at the middle of the back three.

It was a disappointing night for a youthful Black Cats side who laboured in defeat, with Johnson admitting many had been found wanting against a purposeful Oldham side who are struggling near the foot of the Football League.

Xhemajli was one of Sunderland' s better performers, alongside Ollie Younger who also drew praise from the Sunderland head coach.

Nevertheless, it has been a long period of absence for the 23-year-old and Johnson says there are still areas in which he is not yet back up to speed.

The head coach has regularly said that it will not be until the new year that he is likely to be considered for more regular first-team exposure, and that is an assessment he stands by.

“He was honest," Johnson said.You could see at times his movement was a little bit restricted, but that’s what he’s building up.

"I thought they did okay – I was pleased with Ollie as well. Arbie, if I’m looking with my first-team eyes on, doesn’t look quite there yet in terms of his mobility around the knee.

"But his decision-making is pretty good, and he’s brave and wins first headers. We’ll try to give him that time to build up that momentum as much as possible."

Johnson says there will be 'no sentiment' when it comes to his league selection, but says Xhemajli is doing everything right in his bid to fight his way into the starting XI in the long term.

“I won’t be too critical of the team tonight," Johnson said.

"You’ve got some players who are just not good enough [for this level], but are great lads.

"You’ve got some players who are on a different journey, like Arbie, that’s coming back from injury. You’ve got to allow them to recuperate properly, and he’s been great, and absolute ultimate professional.

"If there’s anyone you want to do well, it’s him.

"He’s over here, alone, and he trains four times a day to give himself the best opportunity to go out there and be strong. But the reality is there’s no sentiment when it comes to a first XI in the first team in the league, and there can’t be."

"His kicking was okay, a couple of times a bit rash but that’s your game management.

"Often, that’s the bit you have to sharpen as a goalkeeper [after a spell out].

"Any senior player that’s back, fit and available, and can influence the team, I’m more than happy to have him back.”