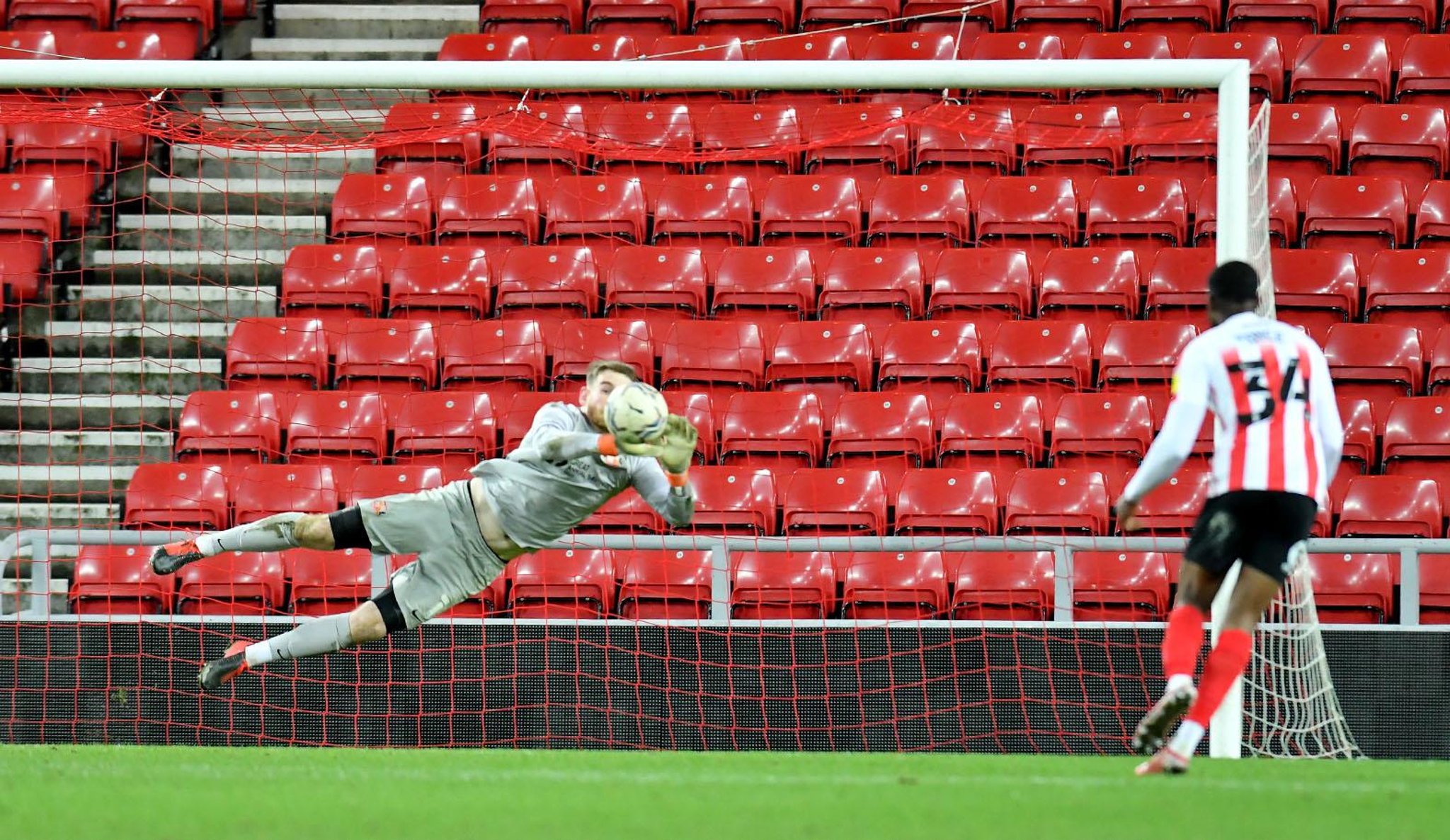 Lee Burge makes a save at the Stadium of Light

Harry Vaughan’s goal early in the second half proved to be the difference between the two sides, with the Black Cats struggling to muster a response.

Johnson said his side did not do enough to win the game and said it served as a stark warning of the step up from U23 to first-team level.

“We didn’t do enough to win, clearly not,” Johnson said.

“We’ve used it to try to blood some young players, and I think it’s worked well with the likes of Dan Neil and Wearne. There have been players that have stepped in, and we’ve been able to give some senior players minutes.

"We’ve also used it to give the staff the opportunity to work in and around the first team, which has worked well.

"The academy staff have stepped up, and I think they’ve enjoyed that and we’ve enjoyed that process as well. But the reality is we needed to be much better than we are and we were.

"That performance today tells us a story. To be fair, it wasn’t a lack of effort, it was just a lack of quality in terms of us needing more and needing to develop more. It’s a challenge for us.

"Some of those boys have been released at 18 years old by other football clubs, and they they’ve come into Sunderland’s academy. What we really want to be able to do is get a wave of Under-15s and Under-16s that are really ours now, and we can really try to fast-track those guys through and really put our stamp on those lads. I’m not going to be too critical of the boys.

“We wanted to win the game, but not at the cost of putting more senior players at risk,” he added.

"It was as simple as that. We could use it with three or four of them to maintain match fitness, as you saw with Embleton, Dajaku and O’Brien, and I thought Ollie Younger came out of it well.

"I was pleased with Ollie, but after that I’m scratching my head really to think about who else could step in on that performance. It is what it is.

"It’s where we are as a football club, and we’ll work our proverbial socks off day in, day out to give these boys the best chance of having a career, here or anywhere else, and also to keep driving the club forward across all the levels.

"I think that was a good marker, and it showed we were short at that level, which was bottom of League Two.

“I think there’s been some wasted opportunities. We’ve just said in there, when we send a Sunderland side out, we want to send it out with personality – that doesn’t matter whether it’s Under-12s, Under-23s or first team. Today, not enough of that were on show.

"They were probably better than us, a bit more experienced and stronger. We made subs because we had to and probably got weaker in the game, maybe they got a bit stronger.

“But what we must do is give ourselves the best opportunity to get in that top two this season. I honestly felt it wouldn’t have been conducive to doing that by playing senior players I’m going to pick on Saturday in this game.

"I’m disappointed for them because we all wanted them to do well. They worked really well, but inevitably, you’ll find your level as a player. We’ve got to give them every opportunity, and whether they’re good enough for here, or lower or higher, you find your level in the end.”