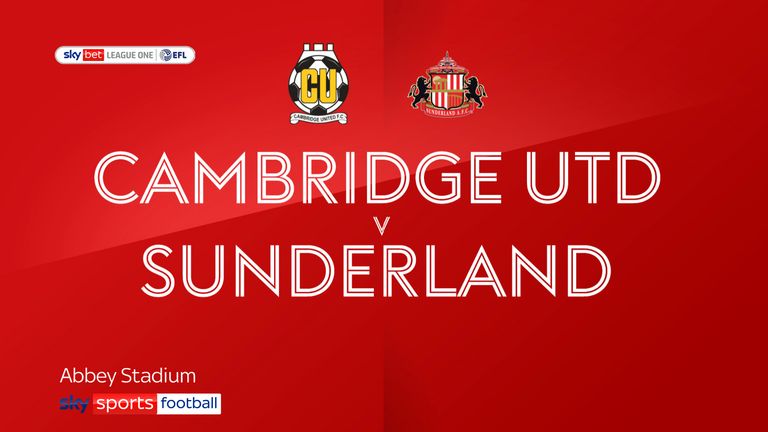 The visitors went ahead for the first time on 15 minutes when, with the wind blowing heavily in his side's favour, Alex Pritchard's corner deceived everyone before going in off the far post.

Cambridge were level 12 minutes later following a neat move which resulted in Sam Smith firing a smart low finish which beat Ron-Thorben Hoffman at his near post.

Sunderland's second goal to restore the lead nine minutes before half-time was a strike of the highest quality, with Broadhead swivelling before smashing an unstoppable effort into the top corner from outside the box.

Hoolahan found James Brophy, whose effort took a critical deflection over from Lynden Gooch, and on 75 minutes Adam May fired only narrowly wide from distance, but Sunderland weathered the storm to secure the points.