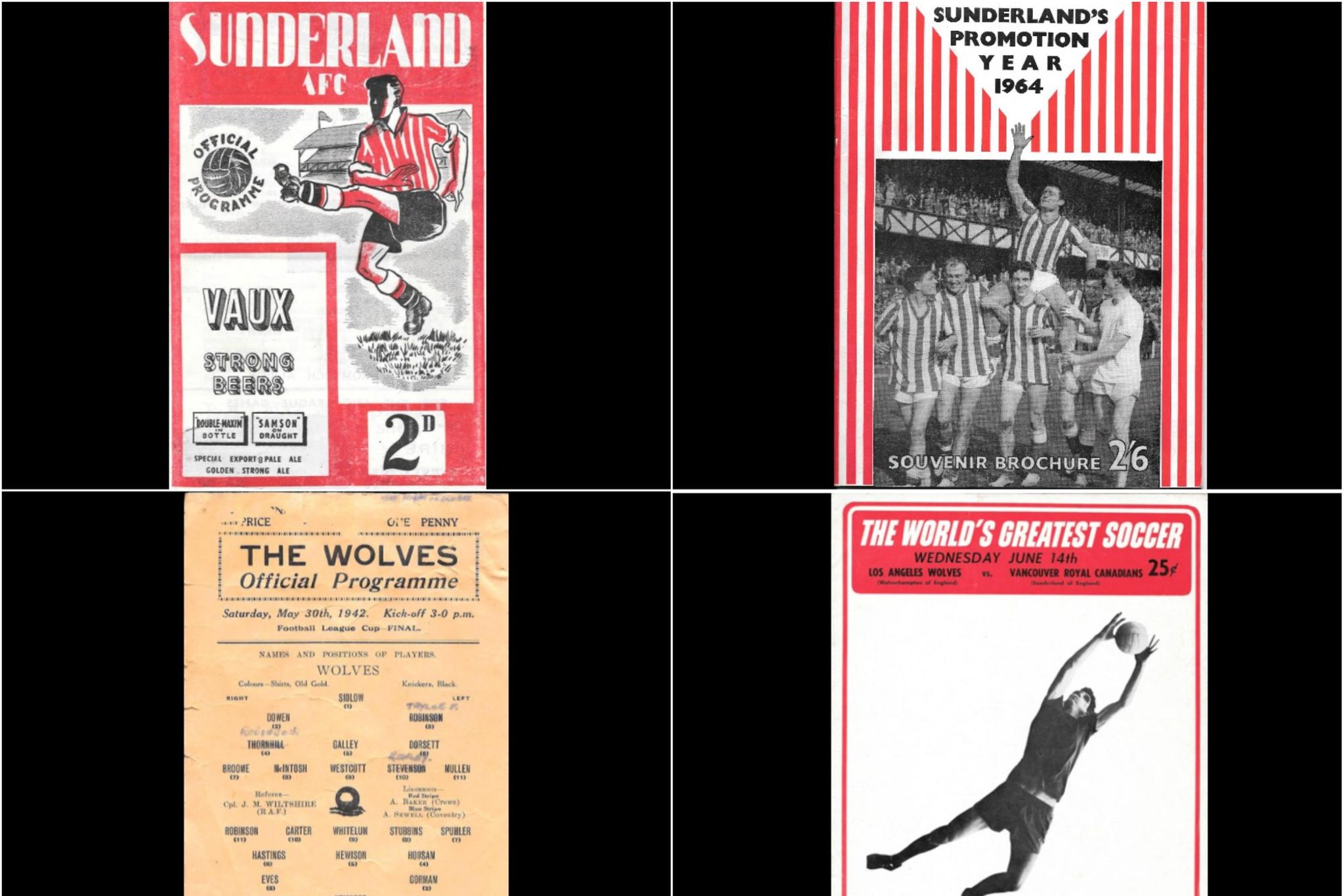 The match programmes under the virtual hammer are open to bids until 1pm on Sunday, November 28.

One of the items for sale has a considerable amount of historical trivia attached to it. This is the single sheet programme of the second leg of the wartime Football League Cup final between Wolverhampton Wanderers and Sunderland in May 1942. Wolves won 6-3 on aggregate.

The SAFC team features names familiar to fans, such as Raich Carter and Alex Hastings. But at number eight was striker Albert Stubbins, who was actually a Newcastle United player making one of three guest appearances for the Wearsiders.

The programmes are expected to fetch hundreds of pounds.

Stubbins became best known as a Liverpool player and – as all Beatles fans know – appeared on the cover of Sgt. Pepper's Lonely Hearts Club Band. The collection is West Midlands orientated, but will hold a lot of interest among Sunderland supporters.

Other items include a Sunderland versus West Bromwich Albion programme from Roker Park on March 31, 1954 sponsored by “Vaux strong beers”. Sunderland won 2-1 and the programme is described as “One of the hardest post war Sunderland programmes to obtain”.

A programme from a Sunderland v Wolves pre-season friendly in Los Angeles in 1967 also features, in which Sunderland bizarrely called themselves Vancouver Royal Canadians.

Another interesting lot features 1973 FA Cup memorabilia, including autographs, tickets, programmes, newspapers and a scrapbook. Some items are expected to go for hundreds of pounds.