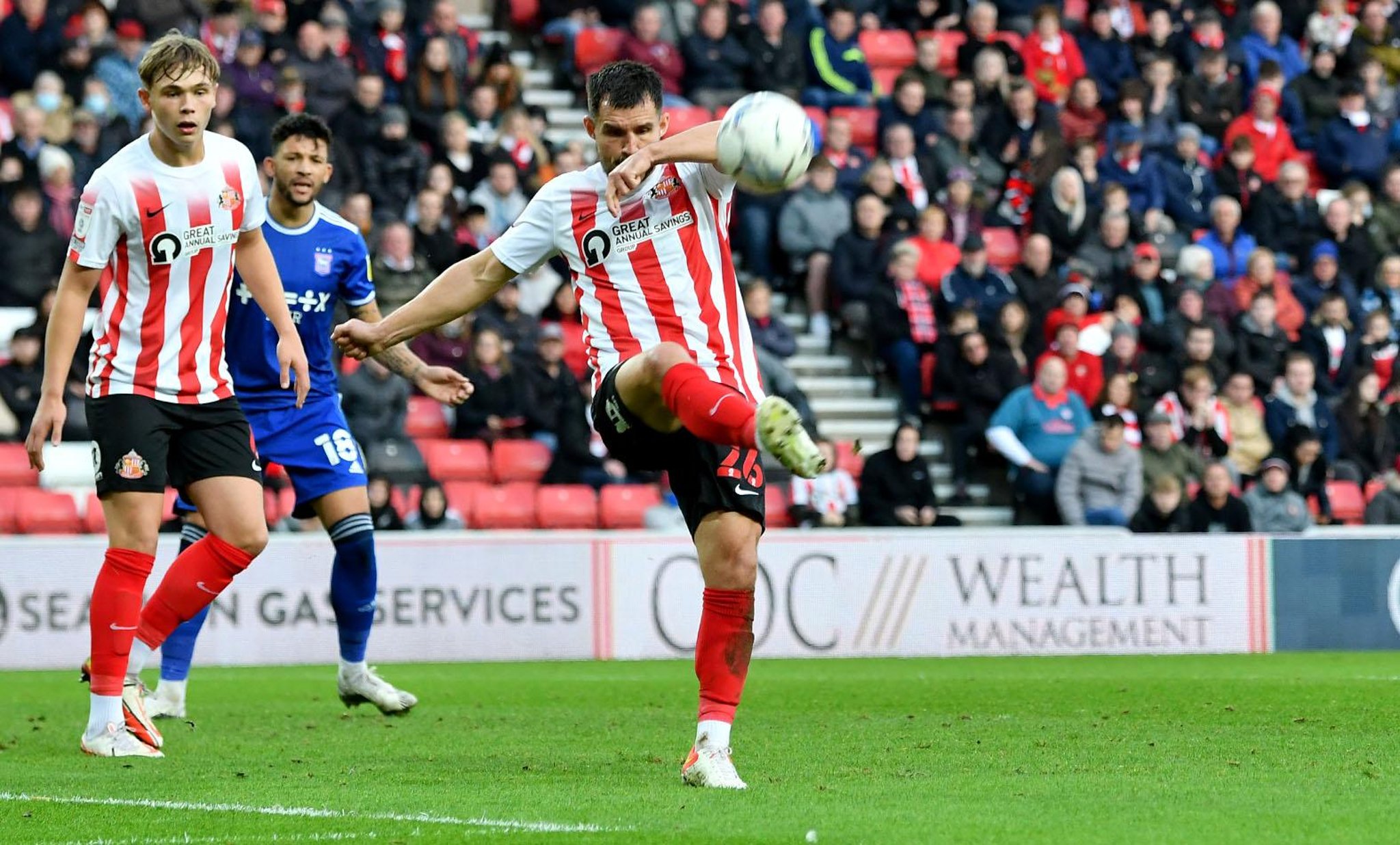 Wright, 29, was one of the players who earned a late international call-up, even though he didn’t feature in Australia’s 1-1 draw with China in a World Cup qualifier.

Wright returned to England on Wednesday night from the United Arab Emirates and found out he was playing in Sunderland’s League One fixture against Ipswich on Friday – when Lee Johnson and his coaching staff usually announce the starting XI.

After three consecutive league defeats, which had raised concerns on Wearside, the Black Cats had gone 19 days without a game in League One due to an FA Cup tie and international call-ups.

That made a 2-0 win over Ipswich even more significant after Luke O’Nien’s headed opener and Aiden McGeady’s converted penalty – which both came in the final five minutes at the Stadium of Light.

"International breaks can come at a funny time,” admitted Wright after the match.

“Sometimes you want them to come and I think in this case it probably did us a favour to give us a bit more training and allow people to recharge, and others to go away and represent their countries.

“It came at a good time for us to go back to the drawing board, work on a few things and just become a bit more difficult to beat and just have a bit more compactness about our play.

“I think we showed that against a good Ipswich side who are a free-scoring team.

“I think to a man everyone dug in and at times it wasn’t pretty but we wanted to win that game and needed to win it regardless of how we played. I think we stood up and did what we had to.

“There have been times this season where we have played some slick, nice football and times that we haven’t.

“There are times where we have had to have a different set of tools to adapt to what games you are in and I think we showed that with the goals we got, chances we created and the way we defended as a complete team.”

Recent results have led to increased scrutiny at Sunderland, who are into their fourth season in League One.

Wright is well aware of the expectation to win promotion from England’s third tier but always knew that would be the case.

“I think when you are a footballer, I’ve heard it many times on many podcasts, for people who are successful pressure is a privilege,” he added.

“You have to look at it like that because if you want to get better and are in a position where you are doing something special in your career, pressure comes with it.

“Pressure shouldn’t be unusual or new to anyone and sometimes it can be slightly higher here, but that is why you come to a club like this because you want to get promoted and know what the expectations are.”

On a personal level, Wright wants to be part of next year’s World Cup in Qatar, which will take place in winter when the League One season is also going on.

Australia are still yet to qualify for the tournament, while Wright, who has been in and out of the Sunderland side this campaign, knows he needs to be performing at club level to make the national squad.

“Look, you have your short-term goals and long-term goals,” explained Wright.

“The short-term goals are to focus on winning games here and the medium-term goal is getting promoted, and the long-term goal is to go to the World Cup with Australia.

“To give myself the best chance of that is to make sure I’m successful at the club I’m at, which is Sunderland, and we know the expectation is to get promoted. Ultimately that is better for everyone.

“Winning is just a better life for everyone, fans, staff, players, anyone involved at the club, the community, feels the benefit when the team wins.

“Everyone wants a better life and being part of a winning team is contagious.

“All those elements improve me individually and as a collective so if you get the collective right you are going to feel the benefits of it.

“Of course to give myself the best chance of being around the World Cup squad with my country for the qualifiers, first we have to qualify for a World Cup, I have to be playing at my best.

“Hopefully that will mean Sunderland are doing well because it’s a tough team to get into and if you’re in it it’s because it’s successful.”

Wright will hope to keep his place in the side when Sunderland travel to Shrewsbury this week, but says the team can’t take anything for granted in a game they’ll be expected to win.

“Just because we are Sunderland doesn’t give us the right to beat anyone, and that’s important because any game we go into we have to earn that right and respect,” he said.

“Now is a marker of where we want to get to and the season is full of markers and goals that you set out from the very start. Sometimes you deviate off track but it’s important to get back on track.

“That’s what we do, we’ll keep getting stronger and stronger and if we do that it will mean we are in a good position.”