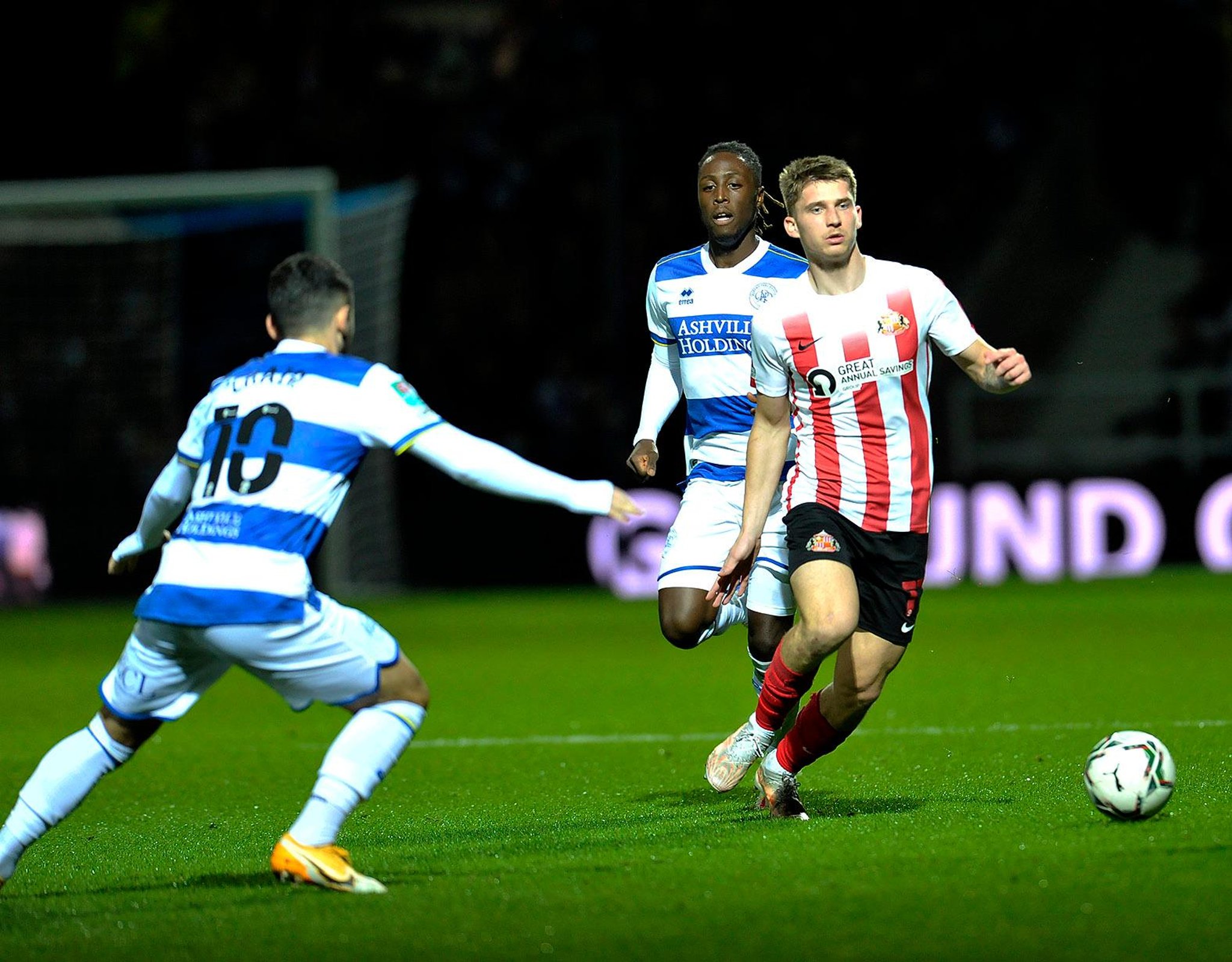 Dennis Cirkin has been ruled out until the new year

Dennis Cirkin is likely to be missing until the new year due to a hernia problem, which will require surgery in the coming weeks.

With Niall Huggins and Denver Hume already ruled out until 2022, Johnson now has no natural full-back options fit in his squad.

Luke O’Nien returned to that role on Saturday, scoring a crucial header in the 85th minute as Sunderland secured a crucial 2-0 win over Ipswich Town.

The versatile midfielder has his own issues with a troublesome shoulder, however, and that means Johnson needs to weigh up his options.

Carl Winchester continued at right back for the win, and produced a very solid display against the dangerous Kyle Edwards.

Johnson said the win, particularly given a poor recent run of form, was testament to the resilience of his group.

“We can handle the number of injuries, but we tend to get them in the same unit.

“Last year it was centre backs, and this year it’s full backs. All three full backs are out now until January.

“Dennis Cirkin needs a hernia operation, possibly a double. That’s 3-6 weeks from when has surgery, which could be another week to ten days.

“You’re then taking Luke O’Nien out the middle, and his shoulder is popping out every five minutes.

“The character of the lads saw us through today and that should not be underestimated.

“We have grown as a team today.

“I’ve got to take each game on its merits and I have to be Uber-flexible. I had seven wingers fit today who could have played today.

“We might have to go five at the back and two up top, but that really needs three or four weeks work because the pressing is different. But, we’ve got fit centre backs and wide players who could play wing back.

“We’ll have to take it horses for courses, but there may be times when we might look a bit disjointed to get our best players on the pitch.”

Johnson praised O’Nien for performing so well on his return to the back four, but knows he is one injury away from a major issue and so might well assess bringing in another player before January.

“He’s such a great lad, the busiest man in history and I say that with all the love in the world,” he said.

"He loves that challenge of having a really important job and he did really well.

“He’s a top player. We did feel his fitness and energy might catch them out, but in the end it was his bravery to get on one at the far post.

“It’s difficult because we need to get a second opinion on that shoulder, because we’re not sure if it popped out again today.

“We may have to look into the open market again for defenders.”