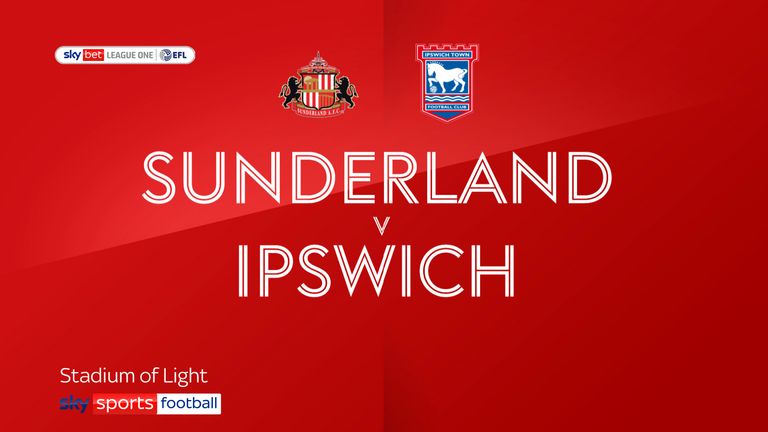 Late goals from Luke O'Nien and Aiden McGeady ended Sunderland's poor run as they snatched a 2-0 win over Ipswich at the Stadium of Light.

O'Nien's 85th-minute header was the home side's first shot on target, as Christian Walton failed to claim an Alex Pritchard corner to the back post, before McGeady made no mistake from the penalty spot.

It left Paul Cook's side to rue a host of missed chances in the first half, in which they had made all the significant running but failed to take advantage.

Bersant Celina had missed three excellent chances to score from close range, on one occasion denied by a stunning Thorben Hoffmann double save.

The second half had been an altogether more tepid affair, and as the game drifted towards a conclusion it looked as if the two sides would cancel each other out.

But after Sone Aluko missed a volley from inside the box, the Black Cats had their defining moment at the other end with O'Nien heading in.

Ipswich were unable to muster a response and McGeady added a second in stoppage time when Aristote Nsiala was adjudged to have handled inside the box, ending sixth-placed Sunderland's three-match losing streak in the league.